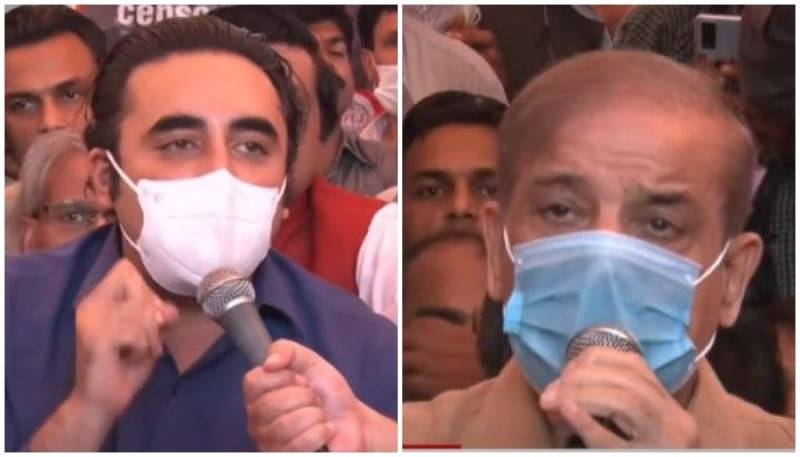 Leader of Opposition in National Assembly Shehbaz Sharif and PPP Chairman Bilawal Bhutto Zardari expressed it while addressing journalists protesting outside the Parliament House against what they call a "draconian" media authority before President Arif Alvi’s address to joint session.

Bilawal said that his party will attend the joint sitting of the Parliament with a two-point agenda – to raise voice for 20,000 government employees who were sacked and for the freedom of speech.

He said that it is the second time that PTI government had fired huge number of government employees, adding: “How will the meet the both ends now?”

He warned that the PPP will take the matter in court if the government tried to passed the bill related to PMDA via forces. Bilawal said that the Opposition is united against the PTI government.

PML-N president Shehbaz Sharif also condemned the PMDA and vowed to block the bill in the parliament.

He said that all parties of the Pakistan Democratic Movement (PDM) support the journalists and will stand by them in fight for freedom of speech.