Babar Azam reacts to becoming No.1 ODI batsman in the world (VIDEO) 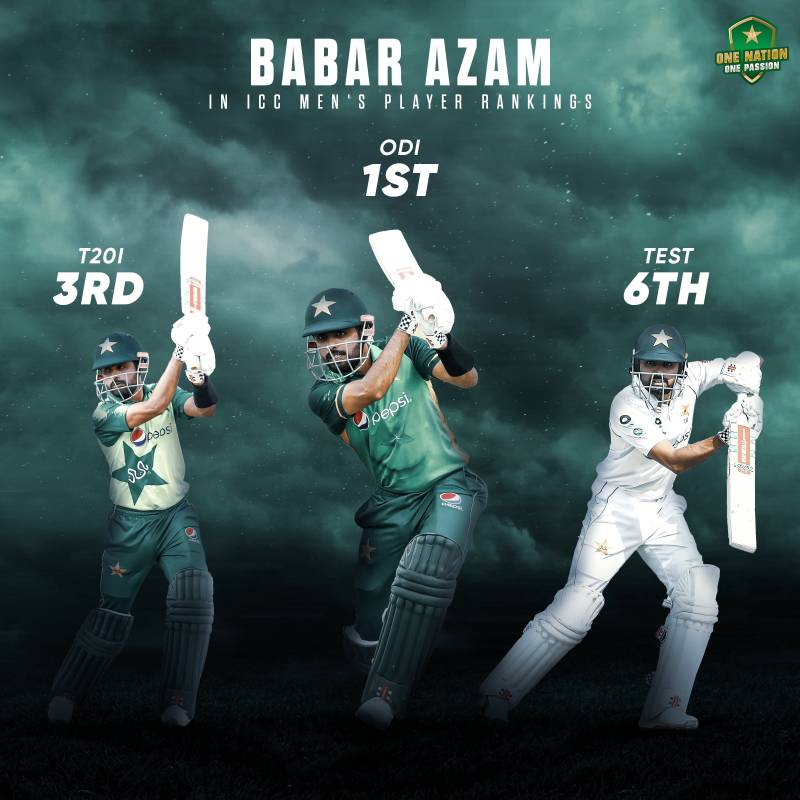 Pakistan skipper Babar Azam feels ‘privileged and honoured’ after he was elated to be crowned the new No.1 batsman in ODI cricket on Wednesday.

He expressed the feelings during conversation with Imam-ul-Haq in a video shared by the Pakistan Cricket Board on social media.

PCB Exclusive: Babar Azam had a frank and candid conversation with his childhood friend Imam-ul-Haq after he became the No.1 ranked ODI batsman.

The 26-year-old batsman dethroned Indian captain Virat Kohli as the top-ranked ODI batsman in the world after a thrilling series against South Africa where he made 228 runs three ODIs.

According to the latest ICC ODI rankings, Babar Azam now placed as the top ODI batsman with 865 points while India’s Virat Kholi is at the number 2 with 857 points.

In his conversation with Haq, the Pakistan skiper said that he feels privileged and honoured to have joined the cricked bigwigs like Zaheer Abbas, Javed Miandad and Mohammad Yousuf.

The achievement demands even more hard work and consistency in order to hold the ranking for an extended period of time, like Sir Vivian Richards from January 1984 to October 1988 and Virat Kohli for 1,258 days.

“I have also previously topped the T20I rankings, but the ultimate ambition and goal is to lead the Test rankings, which are the real testament and reward to a batsman’s calibre, reputation and skills. I understand to achieve this objective, I will not only have to perform consistently, but more importantly, against the top sides.

“I am looking forward to this challenge and remain confident I will be able to accomplish this target with the support of my team-mates and coaching staff.

“But at this stage, I will savour the moment as it has come almost 18 months after I was first appointed the white-ball captain and that too at the back of my performances that helped Pakistan become the first Asian side to win two ODI series in South Africa,” the skipped said in a statement issued by the PCB.