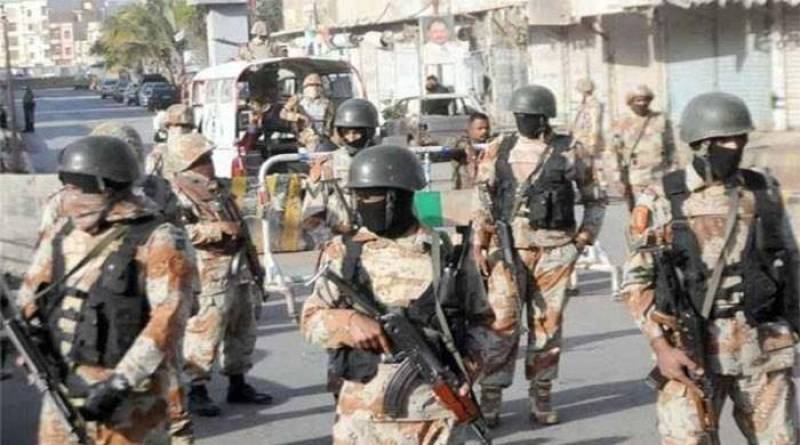 ISLAMABAD – Rangers have been called out in Lahore, Rawalpindi, Gujranwala, Jhelum and Bahawalpur to maintain law and order situation following an approval by the federal cabinet.

Meanwhile today, Interior Minister Sheikh Rasheed Ahmed lauded the Rangers and police for their untiring efforts in handling protests staged by a religious party in various cities across the country. 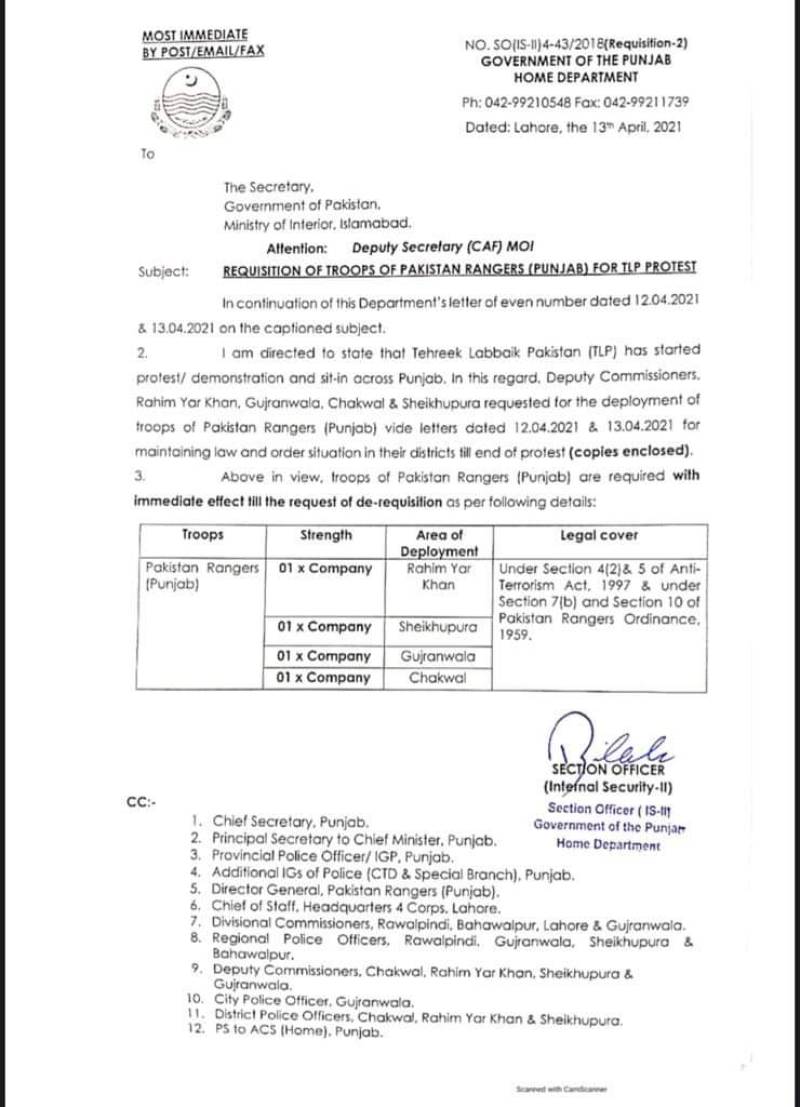 Later, he announced that the government has decided to ban under the anti-terrorism law the Tehreek-i-Labbaik Pakistan (TLP), whose supporters and workers have been carrying out violent protests across the country for three days after the arrest of their chief.

In a tweet, he said the religio-political outfit would be banned under Rule 11(b) of the Anti-Terrorism Act (ATA), 1997.

Rashid said the Punjab government had recommended a ban on the organisation, for which a summary was being sent to the federal cabinet.

At a press conference in the federal capital, he stated that motorways, the GT Road and other main arteries across the country have been cleared for traffic. He added that Liaquat Bagh in Rawalpindi, Tarnol, Bara Kahu and Rawat have also been opened.

ISLAMABAD – The federal government has decided to impose a ban on the Tehreek-e-Labbaik Pakistan under the ...

At least two security personnel embraced martyrdom while hundreds were injured during the deadly clashes, he continued, while the party’s workers also tried to take a number of policemen hostage to force the government to budge.

Police constables Ali Imran and Muhammad Afzal succumbed after they came under mob attacks amid fierce clashes. Nearly 100 police officers and personnel were injured in the clashes that erupted hours after authorities arrested the party head, Saad Hussain Rizvi, in Lahore. 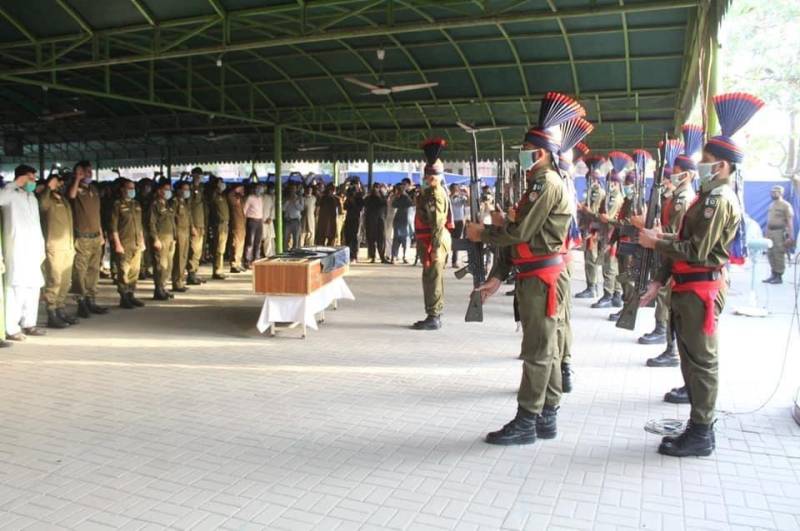 The violent protests come days after Rizvi in a statement asked the government of Prime Minister Imran Khan to honour what he said was a commitment it made to his TLP to expel the French envoy before April 20 over the publication in France of depictions of Prophet Muhammad (PBUH).