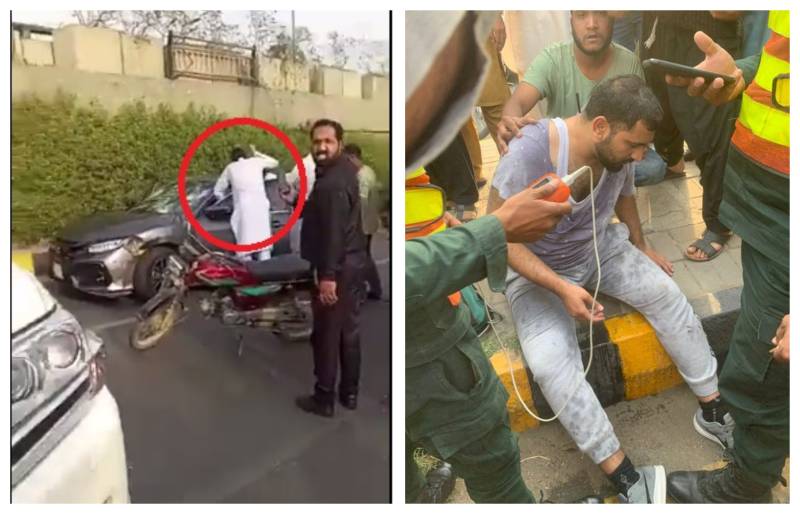 Reports circulating on social media claim that a major rank officer was beaten up by the bodyguards of the PML-N leader on Ferozepur Road in the Punjab’s capital city of Lahore.

A video shared on Twitter shows a group of men can be seen damaging a black-colored car by blocking traffic on the road. At one point, they can be seen beating the man, who is said to be Major Haris, after opening his car’s door.

Social media users claimed that the assailants were the security guards of Salman Rafique and brawled erupted between them over overtaking issue.

The victim was reportedly shifted to CMH Lahore for treatment.

Responding to the reports, the PML-N leader took to Twitter and termed the allegations baseless.

“I travel without guards and have no link with such incident,” he clarified and also condemned the assault on the army officer.