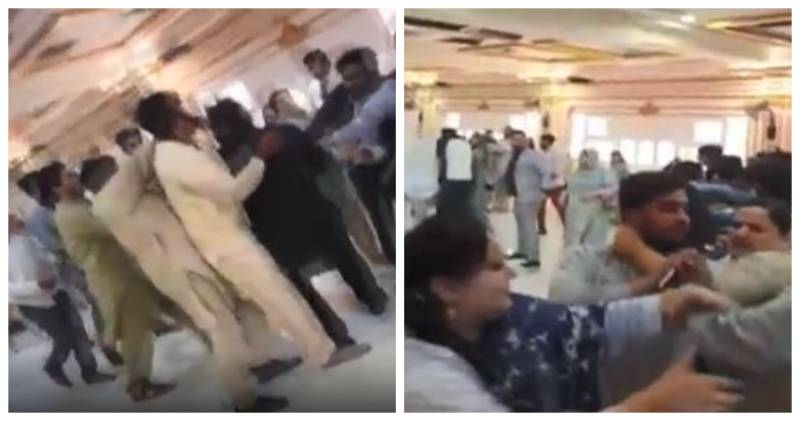 LAHORE – A man was battered by the family members of his first wife for tying the knot for third time in Gujranwala on Tuesday.

The marriage function for the third marriage was underway at a banquet hall when his enraged wife reached there along with her brothers and other relatives, and started beating the groom.

More than a dozen people were injured in the fight, which came to an end after police reached the place.

The man was marrying for the third time without taking permission from his first wife.

Section 6(5) of the Muslim Family Laws Ordinance, 1961 requires a man to submit written permission from his first wife if he wants to marry another woman. If a man is found guilty of violating the law, then he may be imprisoned for a year.