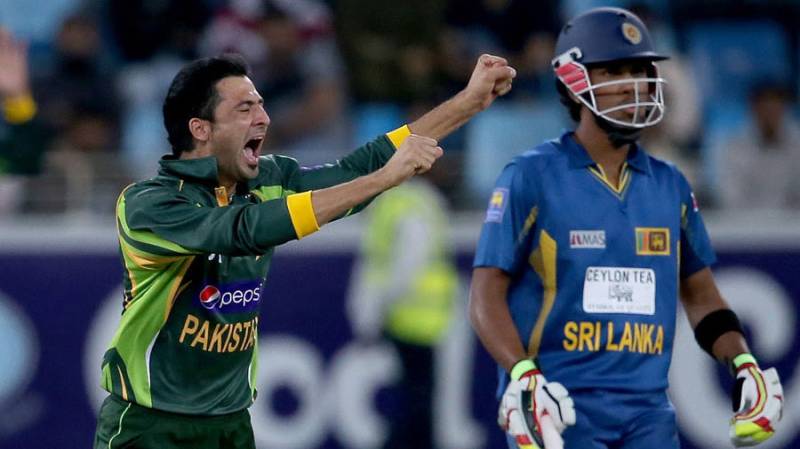 ISLAMABAD - In what appears to be a gift for the Pakistani nation on Independence Day, the Sri Lankan cricket board has approved a tour of its team to Pakistan for three games.

Sri Lankan Cricket chief Thilanga Sumathipala said on Sunday that after a security assessment, the team had been cleared to play three Twenty20 internationals, including 'at least one' in Lahore.

'We have had our security experts visit and make an assessment; things look positive with improvement all over the country and especially with Lahore being cleared,' Sumathipala was quoted as saying in a statement.

The official expressed that three  T20 games were coming up against Pakistan in September adding: We would like to play at least one of those games in Lahore.

Addressing the Asian Cricket Council in Colombo at the weekend, Sumathipala called for an end to Pakistan's isolation and urged countries to play there.

He recalled that several top Test nations avoided visiting Sri Lanka at the height of the Tamil separatist conflict when bombs were exploding in the capital in the mid-1990s.

'Sri Lanka suffered through three decades of terrorism and war and at one stage, no one wanted to come here ─ Pakistan stood by us then, as did India,' Sumathipala said.

'I call upon each one of you as members to play your role and give Pakistan the security of your support. There is always risk – there were two attacks in London during the Champions trophy, but cricket continued under the security assurances if the ICC, so likewise we too must be as accommodating and understanding as possible with our members and extend our fullest support to them as the cricketing family of Asia' he added.

The Sri Lankan board statement also quoted recently elected Pakistan Cricket Board chief Najam Sethi saying that they had set up state-of-the-art security and surveillance to combat crime and make their cities safe.

Sethi while talking to Dawn News upon his return from Colombo said that he was grateful for the decision made by Sumathipala to support Pakistan's efforts to bring international cricket back to the country.

The PCB head said that he had held 'fruitful talks' with Sumathipala on the sidelines of the Colombo summit and added that preparations to stage one or two T20 matches in Lahore will begin soon.

'Once Sri Lanka has toured Pakistan, the door will be open for safe passage of other teams to the country,' he claimed.

Although the Sri Lankan board has visually green-lighted the much sought after tour to Pakistan but any tour would require government approval.

Pakistan, a cricket loving nation has not seen international team showcasing their skills in its grounds ever since a bus carrying the same Sri Lankan team came under drive-by ambush near Lahore’s Liberty Square in 2009, injuring seven players.

Since then, the only international team to visit Pakistan is Zimbabwe, who played five limited-overs games in Lahore in 2015. Pakistan plays their “home” internationals in the United Arab Emirates.

Though the demands rose to a crescendo regarding the revival of cricket in the country in few years but the successful Pakistan Super League final in Lahore gave a major boost to the perception of normalisation of law and order situation in the country in March.

Apart from Sri Lanka's tour, a world XI team is also expected to visit Pakistan and enthral the fans in September.