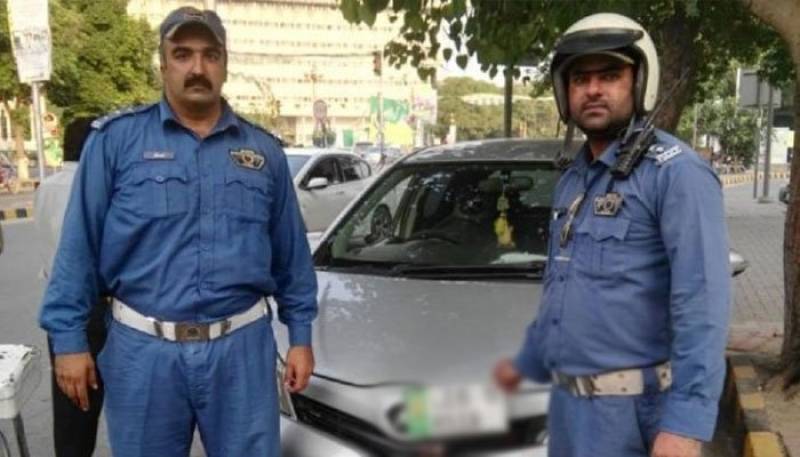 LAHORE – Traffic police on Tuesday managed to catch a man who had 166 e-challans registered against his vehicle for violating multiple traffic rules in the Punjab’s capital.

The Lahore Traffic Police shared the development on Twitter, stating that the violator was caught in the Nawan Kot area.

Police allowed the person to go after but seized documents of is vehicle after some initial interrogation.

The man had been issued 142 challans for jumping traffic signals, while he got tickets 12 times for changing road lanes improperly. He has been slapped with a fine of Rs80,400, the traffic police said.

Taking to Twitter, police informed citizens that they can check their e-challans by sending their cars’ chassis number via SMS to 8815.

LAHORE – The Lahore High Court (LHC) has ordered traffic authorities to impose a fine of Rs2,000 on commuters for ...