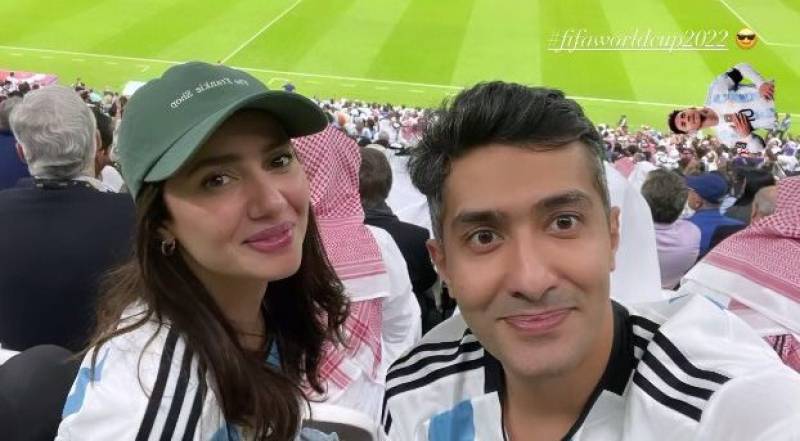 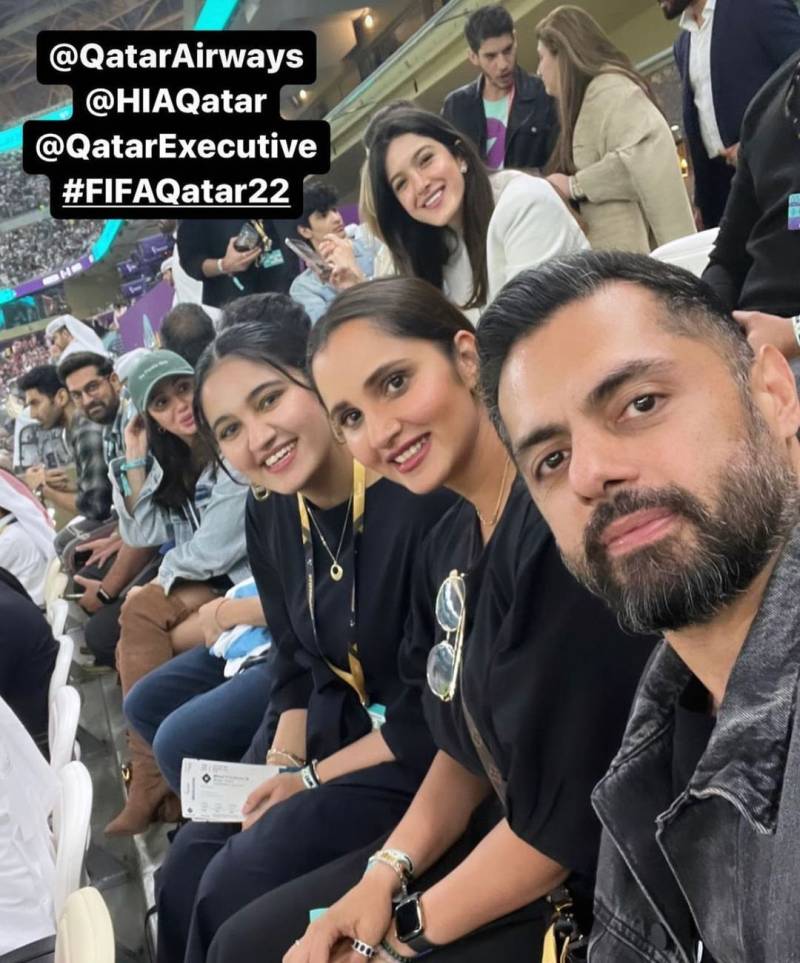 It has been well-known that Pakistani fans are huge sports fanatics and now, they are enthusiastically participating in the FIFA World Cup craze that has gripped the entire world.

Many celebrities and A-listers have jetted to Doha for the FIFA World Cup including our local stars like Mahira Khan and Syed Jibran.

The Humsafar star donned her sporty hat went ahead to support her favorite team in Doha for the FIFA World Cup. Accompanied by her brother Hissan Khan, they rooted for Argentina and cheered for the team.

On the other hand, the Ranjha Ranjha Kardi actor also documented fan moments as he attended the match with his children.

On the work front, Mahira Khan was recently seen in Quaid-e-Azam Zindabad, and The Legend of Maula Jatt. The actress is gearing up for the release of her upcoming film Neelofar.

Will Mahira and Humayun work together once again?