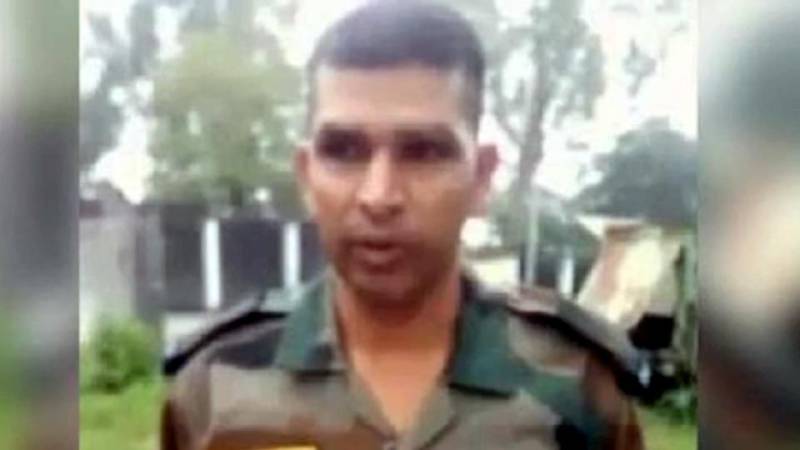 BNEW DELHI - Days after a BSF soldier exposed corruption in the Indian army, a new video of a soldier exposing the Indian Army, has emerged on social media, in which the man can be seen complaining about his seniors.

In the latest video, that is going viral, the soldier has alleged that his superiors are harassing him for writing a letter to Indian Prime Minister Narendra Modi as he tried to highlight grievances in the armed forces.

The soldier Lance Naik Yagya Pratap Singh posted in the 42 Infantry Brigade in Dehradun, recorded a video clip in which he says that after he wrote a letter to the Indian Prime Minister and other officials apprising them of some malpractices of senior army officials, his brigade was called by the PMO who ordered an enquiry into the matter.

"I had written an application to the PM in which I said that soldiers, who act as sahayaks, should not be made to polish shoes of officers," he said.

However, the brigade initiated an internal enquiry into the matter which could result in a potential court martial for the jawan.

Pratap Singh alleged that he had been tortured after the Prime Minister's Office had written back to the Brigade over the matter.

'The Brigadier put pressure on me and tortured me to such a level that I could have taken an extreme step but I will not commit suicide or act in any way or against anyone that will tarnish the name of my service' he said.

Singh claimed that he was helpless since he had been called for court martial and denied that any sensitive information had been leaked in the letter.

The Indian Army on the other hand, has claimed that it has taken note of the incident and that an investigation was underway to determine the truth of the matter.