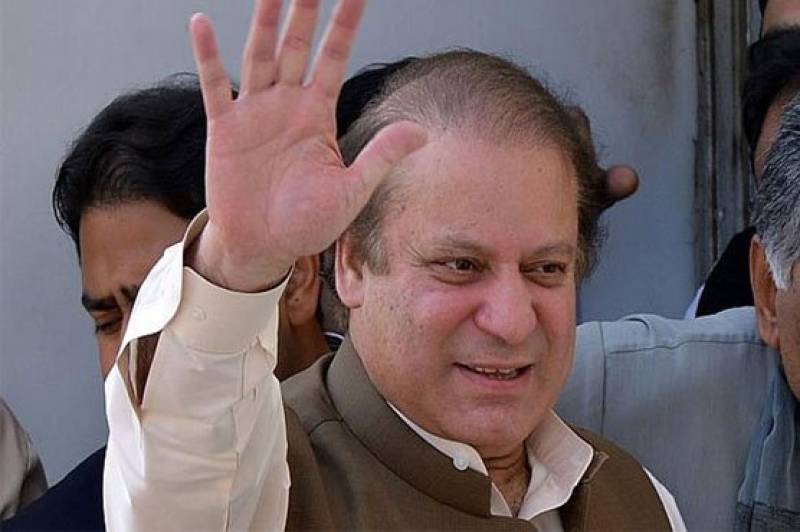 ISLAMABAD - The ruling PML-N under the leadership of Nawaz Sharif as Prime Minister can win the upcoming 2018 elections amid crises, according to a report.

The report published in Nikkei Asian Review, an English language business journal, states Pakistan had recently witnessed significant improvements in its infrastructure and energy sectors, helped in part by the downward trend in oil prices.

In August, the country completed the International Monetary Fund’s Extended Fund Facility program, which provided $6.4 billion in financial aid over three years on condition that the country undertakes certain reforms, including fiscal austerity and privatization measures. Macroeconomic indexes were up across the board, and relations with the U.S. and the wider international community had improved.

It said the public order, which had long plagued the entire country, was normalizing thanks to the military’s anti-terrorism campaign.

Although it could only be described as reaching the halfway point in its efforts to promote exports and manufacturing, reform the tax code and privatize state run companies, Pakistan’s recovery was undoubtedly gathering pace.

For fiscal year 2017, the country was confidently projecting growth above 5%. The consumer price index, which for a time saw double digit annual growth, fell to 2.9% on average in fiscal year 2016. The government’s annual deficit had fallen from 8.2% in fiscal 2013 to 4.6% of GDP.

Under Sharif, the Asian Review said the ruling PML N had focused on building infrastructure and public transportation systems.

It had also made certain progress, mainly in its stronghold of Punjab, developing agricultural areas and addressing unemployment.

The centerpiece of its political campaign was the China Pakistan Economic Corridor project, a comprehensive infrastructure program relying on financial help from China. Investment in CPEC projects totals $51 billion, mainly for the building of power plants, but also encompassing roads, ports, railroads and airports, and offers hope of spurring industry nationwide.

“There’s a significant improvement both on the economic and security sides. Democracy is also taking roots,” said Arif Habib, CEO of leading conglomerate Arif Habib group, when asked about the performance of the Sharif administration.

“The media is free, and the judiciary system is also improving,” he added.

Highlighting the strong foundations of the PML N, the journal said in June 2013, Pakistan underwent its first ever peaceful regime change from one elected civilian party to another.

The PPP won the 2008 general elections after leader Benazir Bhutto was gunned down during the campaign, but lost steam due to political failures. The party was working to regain power under the leadership of Bilawal and Bhutto’s husband Asif Ali Zardari, but that would require increased support in its own stronghold in Sindh, as well as making inroads in Punjab, the PML N heartland that was home to more than half the country’s population.

The PTI made major strides in the last general election, but public opinion was turning. As one Pakistani businessman put it,

'They lost people’s support due to agitation politics, including months long sit in at the parliament'.