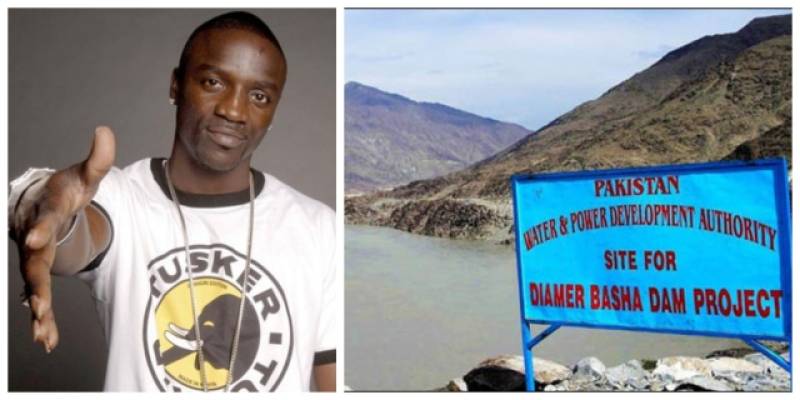 LAHORE – In his second video message for Pakistanis, Grammy award-winning singer has asked the people of South Asian country to contribute generously to the Diamer-Bhasha dam fund.

“This is a special message to all Pakistanis around the world, according to a United Nations report, water resources in the country will dry up by 2025, so I’m asking all Pakistanis living in the country and overseas to support the Diamer and Bhasha dam. So we can mobilise Pakistan into a better future,” said Smack That hitmaker in a video.

On Sunday, the US singer released a video message for the Prime Minister of Pakistan, saying: ‘Yo, Imran Khan, It’s ya boy Akon, I’m looking forward to coming to Pakistan, are you ready for me.”

The R&B artist will be arriving in Karachi and Lahore to perform concerts for World Soccer Stars, from April 26 to 29.

ISLAMABAD – Grammy award-winning R&B artist Akon, who will kick off World Soccer Stars in April, has a message for ...

The Prime Minister and Chief Justice of Pakistan Diamir Bhasha and Mohmand Dam Fund has so far received Rs9.132 billion.

The countrywide contribution to the fund stood at Rs7.912 billion while the remaining Rs1.22 billion were contributed by the expatriate Pakistanis, according to an update issued by the State Bank of Pakistan (SBP).

ISLAMABAD – The Prime Minister and Chief Justice of Pakistan Diamir Bhasha and Mohmand Dam Fund has so far received ...

Later, PM Imran announced to join efforts with the chief justice for the cause. Accordingly, the fund was renamed as “Prime Minister and Chief Justice of Pakistan Fund for Diamer Bhasha and Mohmand Dam”.