Another spell of snowfall likely in Murree, northern areas 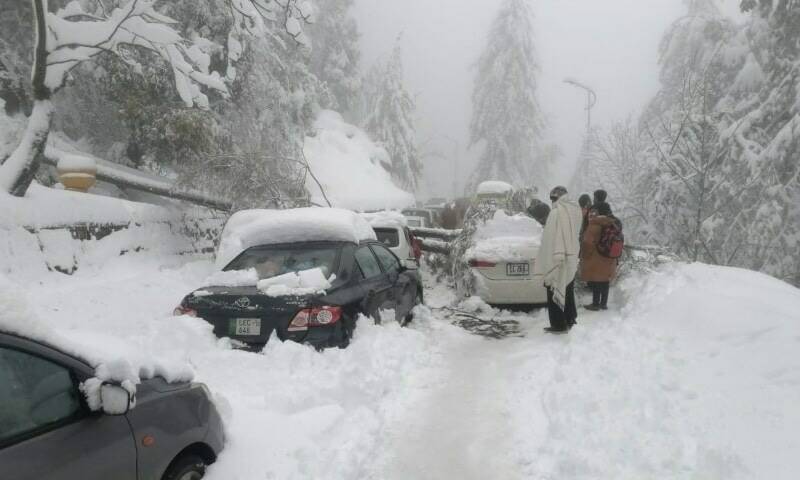 KARACHI - The Met Office said on Friday a weather system of light to moderate intensity is expected to approach western and upper parts of the country from Tuesday and may persist in upper parts till Thursday.

Under the influence of this weather system, rain/snow is expected in Quetta, Ziarat, Pishin, Zhob, Qila Abdullah, Kohlu and Barkhan on Tuesday/Wednesday.

It warned that rain spell may cause landslides in the vulnerable areas of Dir, Malakand, Hazara, Swat, Kohistan, Gilgit-Baltistan and Kashmir are also possible on Tuesday/Wednesday.

The Met office has advised all concerned authorities to remain “vigilant” during the forecasted period.

Earlier this month, tens of thousands of people flocked to Murree, creating worst traffic jams in the hilly area. And then came the snowstorm, killing at least 22 tourists, including women and children. Eight of them froze to death while others probably died from asphyxiation.

ISLAMABAD – The administration has sealed more than a dozen hotels in Punjab’s resort town of Murree for ...