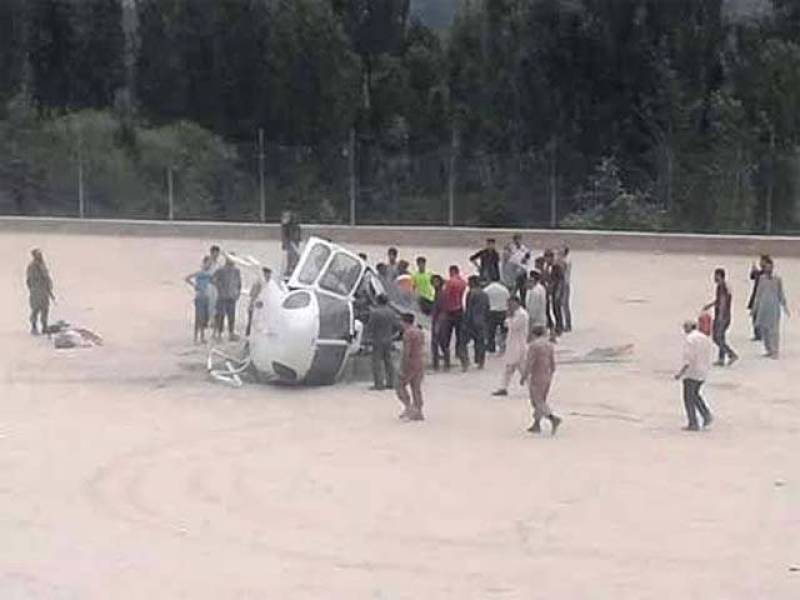 According to Deputy Commissioner Hunza Burhan Afandi the incident occurred soon after the chopper, Huges OH-7 took off.

“The pilot sustained injuries in the incident,” Afandi said, adding that five persons were on-board at the time of crash.

According to the Media reports, the helicopter crashed in the ground of Hunza Boys Degree College soon after it took off.

An eyewitness claimed that Volunteers arrived at the site of the incident immediately and were trying to extinguish the fire.

Earlier in February, an army aviation’s helicopter crashed near Tarbela Dam, killing a senior military officer and injuring two others.