MCC awards Misbah with honorary life membership for his services 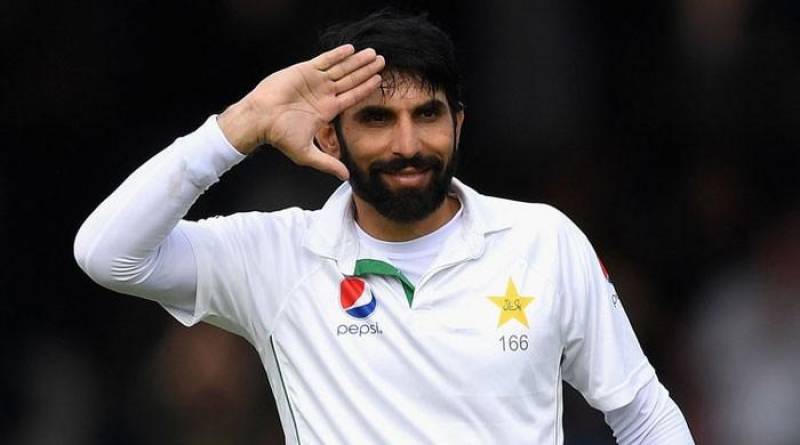 LONDON - Pakistan's former Test captain Misbah-ul-Haq has been awarded Honourary Life Membership by the prestigious Marylebone Cricket Club (MCC) for his services to the game.

Misbah was presented with the membership at the historic Lord’s Cricket Ground during the rain-interrupted match between Afghanistan and the MCC XI earlier this week. Misbah was a member of the MCC XI, which was captained by former New Zealand skipper Brendon McCullum.

MCC, the owner of Lord’s Ground and the "guardian of the Laws of Cricket", awards the life membership to "the finest cricketers and men and women associated with the game".

The most recent Pakistani cricketer to have received the award before Misbah was Ramiz Raja who earned the membership in 2015.

There are 18,000 Full and 5,000 Associate Members of MCC and the benefits of membership are enormous like owning the Ground and all MCC’s assets (the most famous of which is the Ashes Urn), govern the Club through various committees, and some 2,000 of them represent MCC on the field each year.

Misbah, the most celebrated cricketer of recent era announced retirement from Test Cricket after the West Indies series in April.

Misbah has captained Pakistan in 53 Test matches and went on to win 24 of them. Pakistan have draw 11 Test between under his captaincy and lost 14 of them. Misbah’s winning percentage stands at 45.28.

Misbah has played 72 Test matches for Pakistan since his debut match against New Zealand way back in 2001. He has made 4951 runs for Pakistan at an average of over 45 and at a strike rate of 44.48. He also held the record of the fastest Test century that he scored against Australia off just 50 balls..

Misbah led Pakistan to the top of Test rankings for a brief period of time.