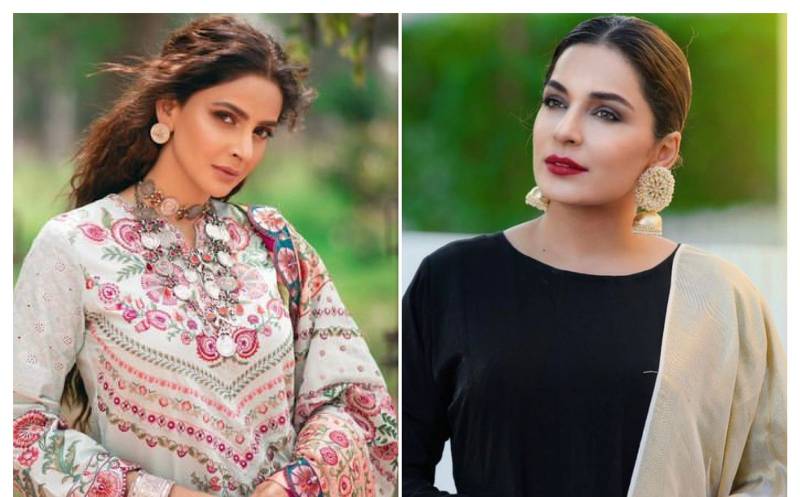 Lollywood leading ladies are quite infamous for clashes and this time around it's Meera and Saba Qamar storming the internet.

Veteran actor Meera appeared at a recent talk show and commented how she has heard that Saba Qamar often badmouths her. The Baaji star was asked whether she considers the Kamli actor her best friend in the entertainment industry.

"From what I know, I don't think Saba even wants to see me work from day one. That I even get a project. There are many in management who claim that Saba often badmouths me and that she doesn't like me. They also share that if there is ever an offer of being cast with me, she brushes it aside."

"I have never heard Saba herself say anything against me. The people who tell me that she doesn't like me are the same people she holds near and dear. Why would they lie?"

Responding to the Baaji actress, Saba Qamar was equally surprised by the comment.

In a recent question and answer session, a user asked the Cheekh star about the fiasco and this is how Saba responded. "Wait, what?!" 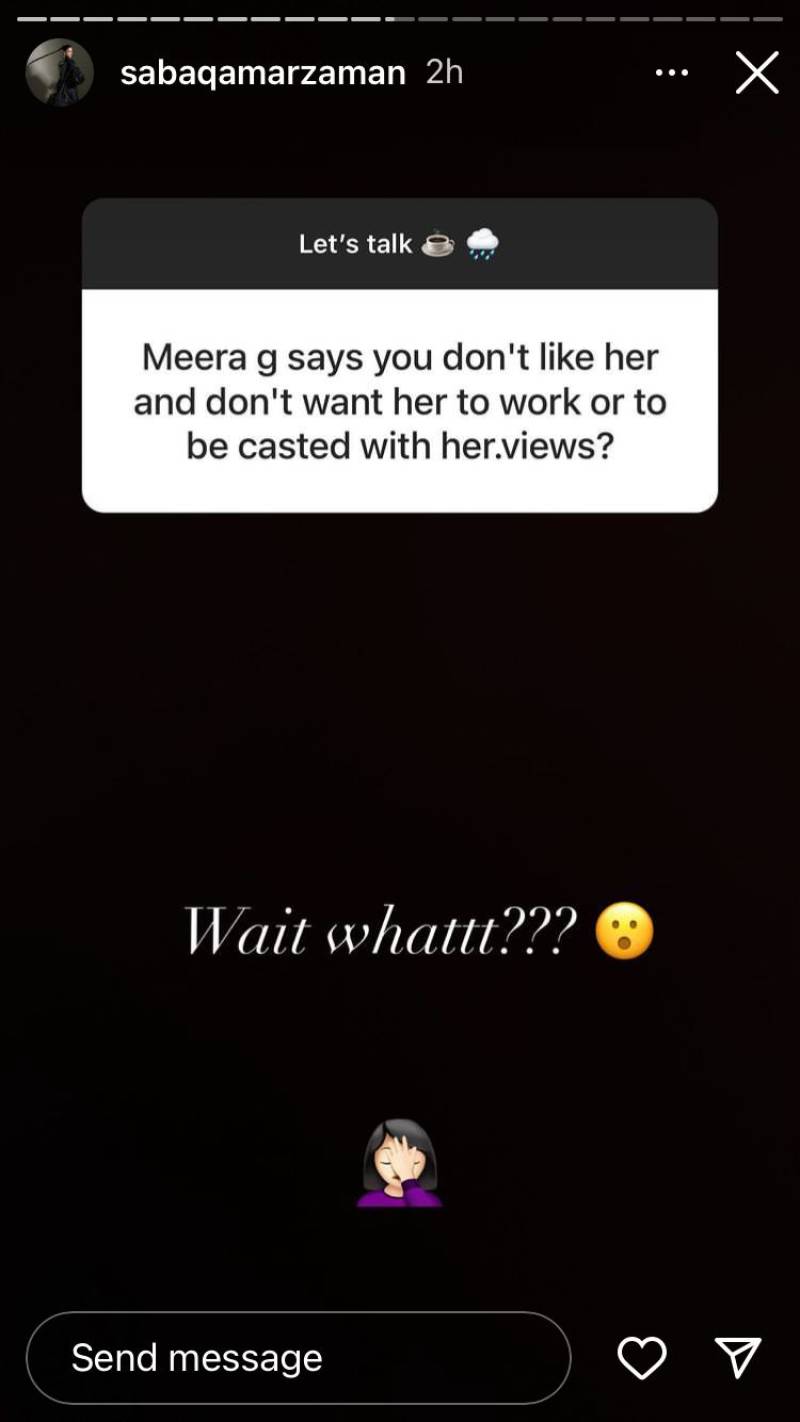 It is pertinent to mention that Meera had previously shared screen space with Saba in the popular drama serial Main Sitara.

On the work front, Saba Qamar has gained widespread applause after her impeccable acting in the films Ghabrana Nahi Hai and Kamli. She was also praised for her current drama Fraud.