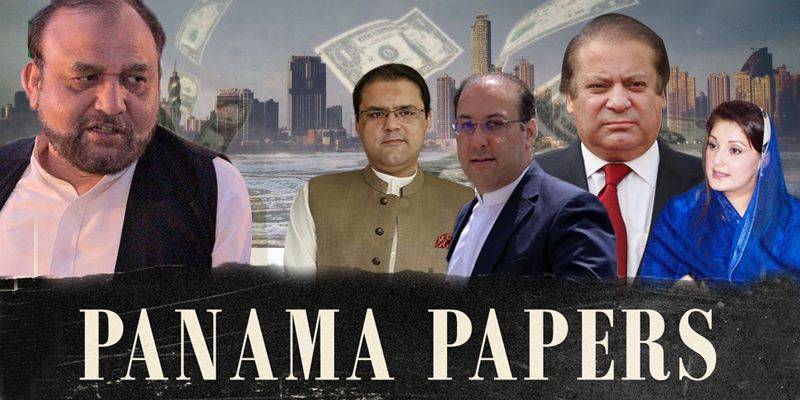 ISLAMABAD - Visibly upset over the alleged tampering of records and reluctance of government department to comply with it, the six-member Joint Investigation team tasked to probe offshore assets of Sharif family submitted its reservations in the apex court on Tuesday.

According to the detailed reply submitted by the Wajid Zia led investigative team, PM House, Intelligence Bureau (IB), SECP, NAB, FBR, Law Ministry and other related departments were hindering the investigations into the wheelings and dealings of ruling Sharif family.

In its application, the JIT alleged that Chairman Securities and Exchange Commission of Pakistan (SECP) Zafarul Haq Hijazi "was instrumental in closing the investigation of money laundering case launched against Chaudhry Sugar Mills Limited" owned by the Sharif family, in 2016.

"This act of backdated closure of investigation... is a criminal act, with a view to facilitating the Respondents (the Sharif family) against whom the present investigation in being conducted," it said.

It said the SECP chairman's orders to tamper the record and close investigation against Chaudhry Sugar Mills Limited were executed by SECP Executive Director Ali Azeem Ikram, whose name was forwarded by the chairman to be a member of the present JIT "with a clear intent to subvert the investigation of the JIT".

The application further accused the SECP of restricting its own officers from inquiring about the requests handed to them by the JIT.

The JIT said it had asked the SECP to provide documents regarding investigations about Chaudhry Sugar Mills or any other company related to the Sharif family. However, an SECP officer ─ whose name was withheld for security reasons ─ claimed that the SECP chairman did not allow him to check from all concerned departments of the SECP and confirm whether there were other inquiries against companies owned by the Sharif family.

The JIT application levelled serious allegations against the Intelligence Bureau and claimed that the Facebook account of Bilal Rasul- a member of JIT representing SECP- and his wife was hacked.

"The Facebook account of Mr Bilal Rasul, which is also used by his wife/family, was ostensibly hacked to retrieve the contents attached [with the application]... without the consent of Mr. Bilal Rasul or his family," it alleged.

This was done, read the application, "ostensibly through the facilitation of the IB".

Moreover, it said the application filed by Hussain Nawaz to the SC, in which he had raised objections against two JIT members Bilal Rasul and Amer Aziz, was accompanied with CNICs of Rasul and Mian Azhar. These CNIC copies bear the requisitioning number printed by National Database and Registration Authority (Nadra) for identification of the institution/intelligence agency which seeks such documents for official purposes.

The JIT revealed that the requisition of CNIC copies was made by the IB from Nadra and the same was provided to Hussain Nawaz, PM's elder son.

In another damning revelation, the JIT said Hussain's application contained copies of screenshots from the social media account of Bilal Rasul and his family.

The investigative team also alleged the IB, which functions under the federal government of 'adversely questioning' the housekeeper of the JIT member, causing fear amongst his family members.

It also alleged that the IB officials "found loitering" near the house of one of the JIT members on May 24.

The application, that seems more a charge-sheet against the government and state institutions alleged the graft-buster of employing an underhand strategy to overawe one JIT member, Director General NAB Balochistan Irfan Naeem Mangi.

According to JIT's report, Mangi received a show cause notice dated April 25, 2017 by NAB in relation to the "relevancy of his experience at the time of his induction [in the bureau], back in 2004".

When Mangi requested NAB authorities to allow him some extra time to respond as he was involved in JIT investigation, the anti-graft body sent him a letter dated May 31, 2017, instructing him to submit his reply within 15 days "failing which an ex-parte decision would be taken against him".

The JIT said the show cause by NAB at that time was likely to distract Mangi in his performance as a JIT investigator and to harass him.

The role of Ministry of Law and Justice controlled by the federal government has also been questioned by the Joint Investigation Team.

Citing the delay in the issuance of the notification which would have notified member countries of the UN Convention Against Corruption (UNCAC) of the authorisation of the JIT head, the application noted that this was proof enough that "the government machinery is being used so as to attempt to frustrate the proceedings of the JIT".

The notification in mention was particularly important as it would have enabled the JIT to undertake Mutual League Assistance (MLA) in acquiring or certifying documents from foreign countries.

Laying the blame straight on the government, the JIT application reads: "The matter was intentionally lingered at the behest of [the] Ministry of Law and Justice."

The Federal Board of Revenue has also been blamed for alleged concealment of documents when asked to present the income and wealth tax records and tax returns of the Sharif family from 1985 till date.

The reply states: "The FBR has not taken the plea that it is only required to maintain tax records for five years", while it has offered only "piecemeal, incomplete and selective" records from 1985 till date.

"No plausible explanation has been given as to why a truncated set of records is being given," the application continues.

The application also alleges that confidential correspondence is being "consciously leaked" to the media in an effort to undermine and scandalise the investigation.

The document submitted to the Supreme Court also reveals the JIT's displeasure at the leak which resulted in the summon letter issued to Prime Minister Nawaz Sharif being distributed to select media outlets.

"It may be noted that the leak of 'confidential' letter/information is a crime in itself," the application stated as it went on to highlight how the release of such sensitive information could "accentuate security at the time of the appearance of witnesses before the JIT".

The Joint Investigation Team claimed that the witnesses who appeared before the team were tutored by the bigwigs of Ittefaq Group.

JIT alleged that the CEO of the Ittefaq Group, Haroon Pasha, had asked witness Tariq Shafi to come to the Prime Minister House where he was instructed by Pasha to offer statements before the JIT as directed to him.

The witness in mention corroborated the facts before the JIT in subsequent sessions, the application said.

"The Prime Minister's House and its sanctity is being undermined so as to coercively influence witnesses," it read.

Without naming any individual, the JIT took aim at the expelled PML-N Senator Nehal Hashmi for his outburst against the investigative body claiming that Hashmi "explicitly and vociferously intimidated the JIT".

Not only that, PML-N's Talal Chaudhry's comments were also quoted in the reply, without naming him.

It also noted that JIT members are being likened to "Kasai (butcher)" and "James Bond" as a form of menacing the proceedings, while some elements have issued threats such as "the JIT itself is asking to be attacked".

The document points out that one of the JIT members is frequently quoted as being the son of General Aziz, which is "factually incorrect and is a source of discomfort for his ageing father".

After formally putting forth serious allegations, which could land the elected government in trouble, the JIT requested the Supreme Court to take action against officials from the concerned departments and against those who "unfairly publicly comment in the media in relation to the JIT and this honourable court".

The application urged the SC to pass "corrective orders so that the government machinery is not permitted to be misused".

It also seeks the issuance of orders which will ensure the security of witnesses, members of the JIT, their families, while also securing the jobs and tenures of the JIT members and the witnesses.

However, the JIT's reservations presented before SC have been slammed by social media users - including journalists - who term it as a pedantic approach of the probing team to evade the original task of the investigation.

Can u believe JIT has prsented in SC these☟Maryam tweets including the one with Quranic verse as examples of obstruction in its functioning? pic.twitter.com/3n2EEDuvHT

#Terrible#PsychoPatients
Even this post by some guy asking for anti-judiciary statements of "Imran Khan" is obstructing #JIT functioning!!! pic.twitter.com/eDEPsDED8M

In its latest complaint b4 SC, JIT has also presented this image and objected Twitter Trend #WhatsAppCall
May b JIT seek Twitter CEO arrest! pic.twitter.com/VxvpAiMY2Y

In addition to many tweets of Maryam Nawaz, JIT in its latest complaint to SC, has also objected many Retweets done my her. #TwitterJIT