#RIPMaulanaDrAdilKhan trends in Pakistan as slain scholar laid to rest 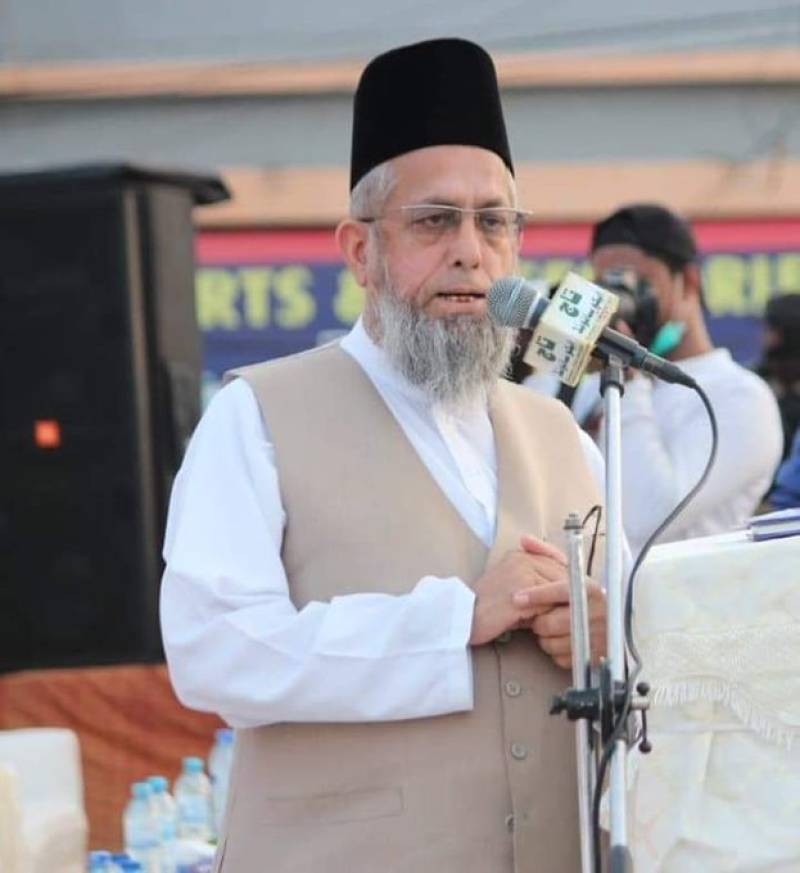 KARACHI – Renowned religious scholar Maulana Dr Adil Khan, who was assassinated along with his driver in Sindh capital yesterday, was laid to rest on Sunday.

Law enforcement agencies have launched an investigation into the case.

Police told the media that the scholar was sitting in a Toyota Vigo, with the vehicle parked outside Shama shopping centre when suspects on motorcycles came up to him and shot him.

President Dr Arif Alvi Sunday condemned the assassination of Jamia Farooqia head and resolved that the anti-Pakistan elements would never succeed in their nefarious designs.

In order to thwart the designs of anti-Pakistan elements, Alvi said, the people of Pakistan would have to forge unity and harmony in the society.

He assured that the culprits of the heinous crime would soon be brought to justice.

Expressing sympathies with the bereaved family, the president prayed for peace of the departed soul and strength to the family members to bear the loss with equanimity.

We have prevented a number of such attempts preemptively in last few months. Our intelligence orgs & law enforcement agencies will nab culprits of this murder also. Our ulema from all sects must ensure people do not fall prey to this nefarious Indian design to destabilise Pak

The premier stressed upon Ulemas from all sects that they must ensure people did not fall prey to this nefarious Indian design to destabilise Pakistan.

Also, in a statement, Chief of Army Staff General Qamar Javed Bajwa also expressed grief on the assassination of Maulana Adil Khan in Karachi the other day.

He strongly condemned the incident and termed it an attempt to foment unrest by Pakistan's enemies, according to the ISPR.