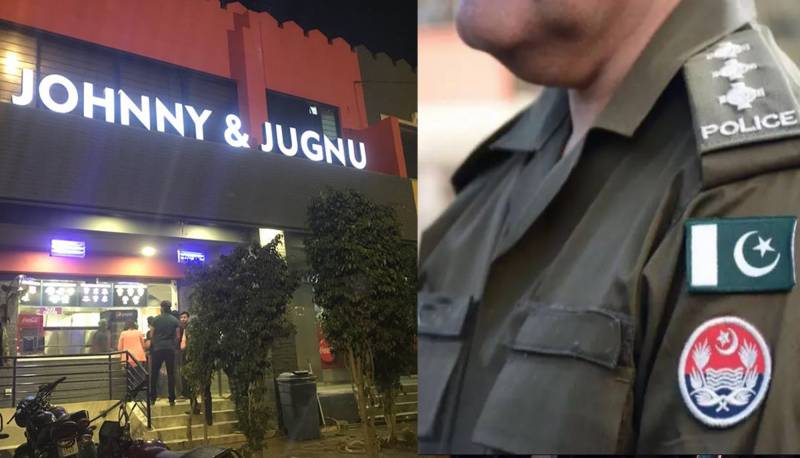 LAHORE – At least nine police officials including SHO have been suspended for harassing and illegally apprehending staff of Lahore restaurant for ‘refusing free burgers’.

The incident comes days after some police officials went to the Johnny and Jugnu, a restaurant in DHA Phase-6, and tried to get burgers for free.

IG Punjab Inam Ghani have taken notice of the Johnny and Jugnu restaurant incident and have suspended the SHO Defence C and the staff of the police station involved. No one is allowed to take law into his own hands. Injustice will not be tolerated. All of them will be punished.

Ghani, who ordered the suspension, said that the ‘officers and personnel involved in illegal activities do not deserve any concession so no leniency should be given in taking action against those responsible after the inquiry.’

He directed the Lahore CCPO to take strict departmental and legal action against all officials without any delay.

It all started with the post of Johnny and Jugnu restaurant who took to Facebook to tell the incident with artistic graphics. The post which garnered a lot of attention including provincial top cops stated ‘This was not the first time something like this has happened with our kitchen teams at our restaurant but we want to make sure this is the last.’

Sharing the ordeal in the social media post, it further stated that around nineteen of our innocent crew members were detained for the entire night, without any basis, as per orders from their SHO.’ Adding that, this happened because we refused to give free food to someone very special.'

The post on the eatery official page reads further that ‘demanding free food by law enforcers had become a common practice and when the restaurant staff refused the same earlier this week, the police officers threatened our staffers and left, only to return the next day to further harass and pressurise our teams on the ground with baseless arguments, asking them to close the restaurant.’

LAHORE – A family enjoying time in a posh society of Punjab capital received the shock of their life after being ...