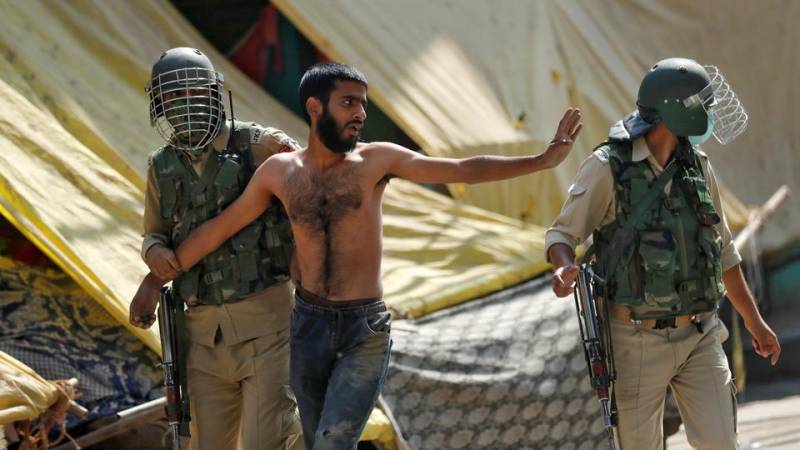 The barbaric act was committed during a cordon and search operation in Rawalpora area of district.

Meanwhile, during their illegal raids, Indian troops arrested eight youths and labelled them as over-ground workers of a 'militant' organisation.

The Narendra Modi-led Indian government has directed the heads of all government schools in the illegally occupied ...