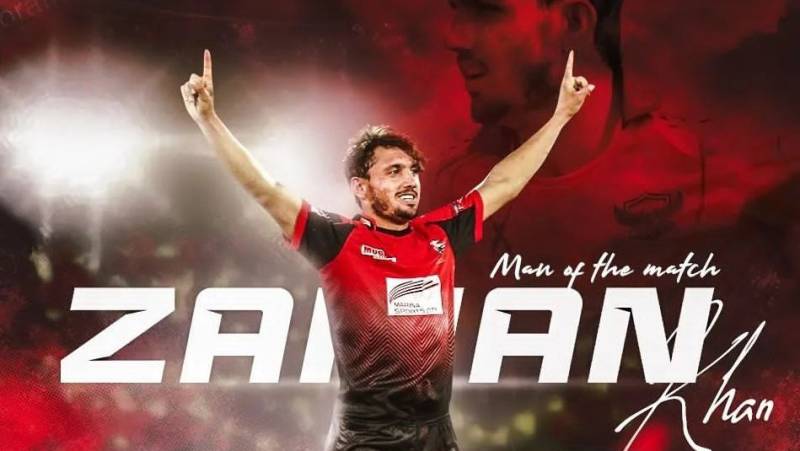 Zaman Khan, the most sought-after player in seventh season of the Pakistan Super League, is once again in the news as Lahore Qalandars visited the hometown of the 20-year-old pacer.

Khan, the third-highest wicket-taker of the country’s flagship tournament, bagged 13 wickets at an average of 21.50 was the first emerging player to win two man-of-the-match awards in the history of PSL.

As Qalandars visited Mirpur, the hometown of Zaman, the mud-brick houses garnered attention and the COO of Qalandars Sameen Rana announced to build a proper house for Zaman Khan owing to his exceptional performance and commitment to the franchise.

Speaking at the local ceremony in Mirpur, Qalandars COO revealed that a proper residence for Zaman is not only his wish as Shaheen Shah Afridi also backed the heartwarming initiative.

Praising exceptional skills of quick, Qalandars official recalled the moment when Zaman outclassed top foreign star players. “It is because of him that we have won the HBL PSL title after seven years-long wait,” he can be heard in a video posted on the official handle.

Zaman also responded to the announcement on Twitter. He thanked Qalandars official for the honor. "It was indeed a proud moment for my family, friends and entire village", he wrote.

Thank you @sameenrana, @atifnaeemrana, and @AJavedOfficial bhai for the honor. It was indeed a proud moment for my family, friends and entire village.#MainHoonQalandar #DilSe https://t.co/ARljwLPHI1

Some very depressing footage emerged from Zaman Khan town. It reflects a meagre living state with no solid roof. But at the same time heartening to see with the JAZBA for cricket he came a long way. @iShaheenAfridi & @lahoreqalandars helping him to build a solid house for living pic.twitter.com/cgiDLfF9Mu

this is special welldone to zaman khan and @lahoreqalandars . https://t.co/QrMO6vzsam

Qalandars this year bagged their first Pakistan Super League (PSL) title after thrashing Sultans by 42 runs in the final of this year's tournament at Gaddafi Stadium.