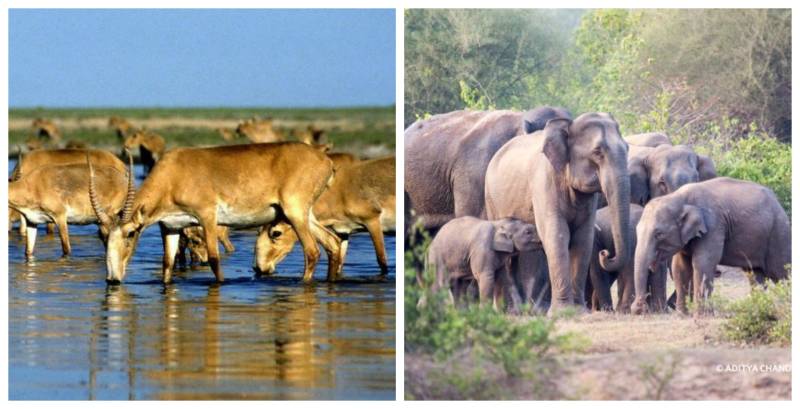 Around 350 highly endangered Saiga antelopes in Kazakhstan and 18 elephants in India were killed probably in two different incidents of lighting, it emerged on Friday.

The Kazakh ecological ministry said in a statement that lightning was the probable cause of the death of the Saiga antelopes, which have distinctive bulbous nose.

“…there are traces of lightning strikes on the carcasses,” said the ministry.

Villagers have recovered their bodies in steppe land in the west of the country amid calving season for the animal.

The International Union for Conservation of Nature (IUCN), lists the Saiga as among five highly rare endangered antelope species, with a population of around 124,000 adults.

Kazakhstan is home to the vast majority of the animals, with Russia’s Kalmykia region and Mongolia hosting much smaller populations, Arab News reported.

Meanwhile, at least 18 wild elephants were killed by lightning during a thunderstorm late Thursday amid some claiming that the animals were poisoned to death in the protected sanctuary in Assam state.

Local residents had informed forest department officials after finding the elephant carcasses in the Kondali forest reserve in the agaon district.

Some local rangers said that some trees were also burnt in the area, giving a reason that deaths occurred due to lightning.

The carcasses of elephants are being sent for a postmortem and forensic tests to determine the cause of death.

ISLAMABAD - World Wildlife Fund (WWF) Pakistan witnessed an unusual happening in Hunza valley when it spotted a herd of ...