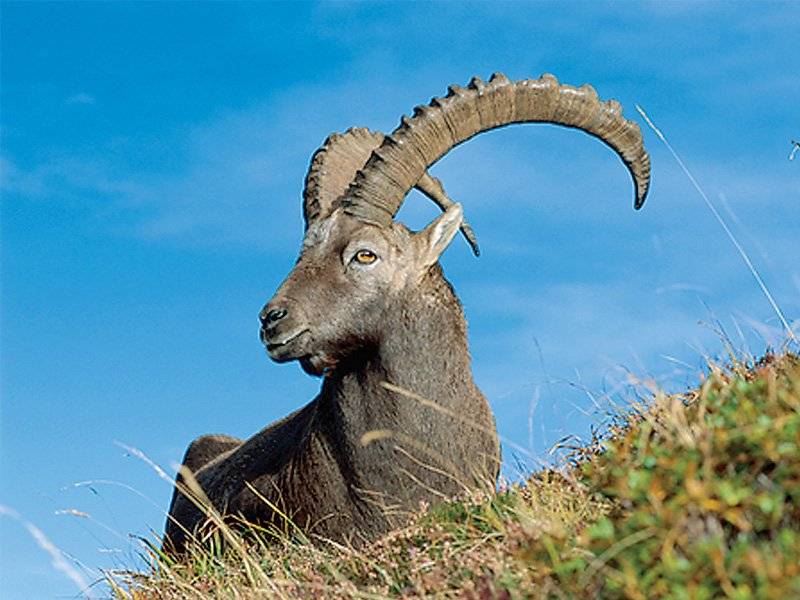 ISLAMABAD - World Wildlife Fund (WWF) Pakistan witnessed an unusual happening in Hunza valley when it spotted a herd of about 50 Himalayan ibex near Passu Glacier.

A press release issued by the organization on Wednesday said that in order to understand how the local wildlife department, WWF and communities have protected wildlife in the area and to film the ecosystem, WWF-Pakistan's team along with a local wildlife photographer, captured the footage.

Recording such a large number of Himalayan ibex on film in Gilgit-Baltistan is a rare sight hinting at a healthy ecosystem that can support large predators such as snow leopards, lynx and wolves.

On their journey to film the habitat and associated wildlife of Passu Glacier, the team came across ibex tracks down the precipitous mountain ridges. The species can be found at an altitude of about 3,660 to over 5,000 metres and usually comes down to 2,135 metres due to snow and in search of food in the winter season.

Nyal Mueenuddin, Wildlife Filmmaker, WWF-Pakistan and Imtiaz Ahmed, local photographer filmed a herd of at least 50 Himalayan ibex including females along with their yearlings in Khyber village, Hunza Valley.

The ibex population faces numerous threats across its range in Pakistan, from habitat loss to illegal hunting, climate change, and lack of awareness about the species. However, as a result of the responsibility the local community, community wildlife guards and Gilgit-Baltistan Wildlife Department have taken to protect the Himalayan ibex, their population is seen to be increasing and this is an encouraging sign.

According to Imtiaz Ahmed, "When it comes to filming wildlife, being patient is of paramount importance and one should not get discouraged by harsh weather conditions or difficult terrain. It is because we had patience that we were lucky enough to film this rare sight.

He also called for protecting the beautiful wildlife in these areas so that next generations can witness and experience their existence. Ahmed wanted to use its photography art to raise awareness among the public about animals that inhabit northern areas of the country.

Rab Nawaz, Senior Director Programmes, WWF-Pakistan termed the sighting of ibex her a welcome indicator of the conservation success of WWF in its fiftieth year in Pakistan.

WWF initiated a research-based project in Bar Valley, Nagar district, Gilgit-Baltistan in 1990 with the Aga Khan Rural Support Programme (AKRSP) to protect the Himalayan ibex, its associated wildlife species and their habitat.

A memorandum of understanding (MoU) was also signed with communities and Gilgit-Baltistan Parks and Wildlife Department (GBFWED), which specified that the locals would protect their natural resources, especially the ibex population. As the recent footage indicates, these initiatives yielded positive results.

The film, which can be accessed on WWF-Pakistan's Youtube channel, documents the team's rare sighting and also highlights the efforts taken 'behind the lens' to film the ibex.

CHITRAL – Two hunters from USA and Switzerland have arrived in Pakistan through a helicopter for hunting of Markhor ...