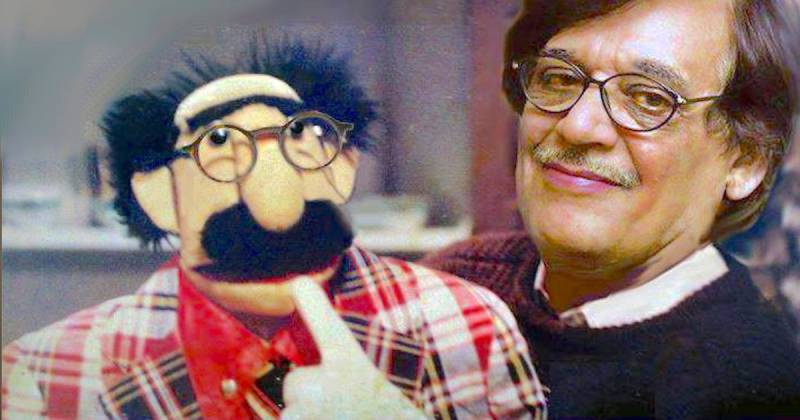 According to his grandson, the deceased was suffering from cardiac complication and he took his last breathe at home before he was shifted to hospital.

In his last social media post, Qaiser advised people to follow the SOPs issued by the government to control the spread of the virus. 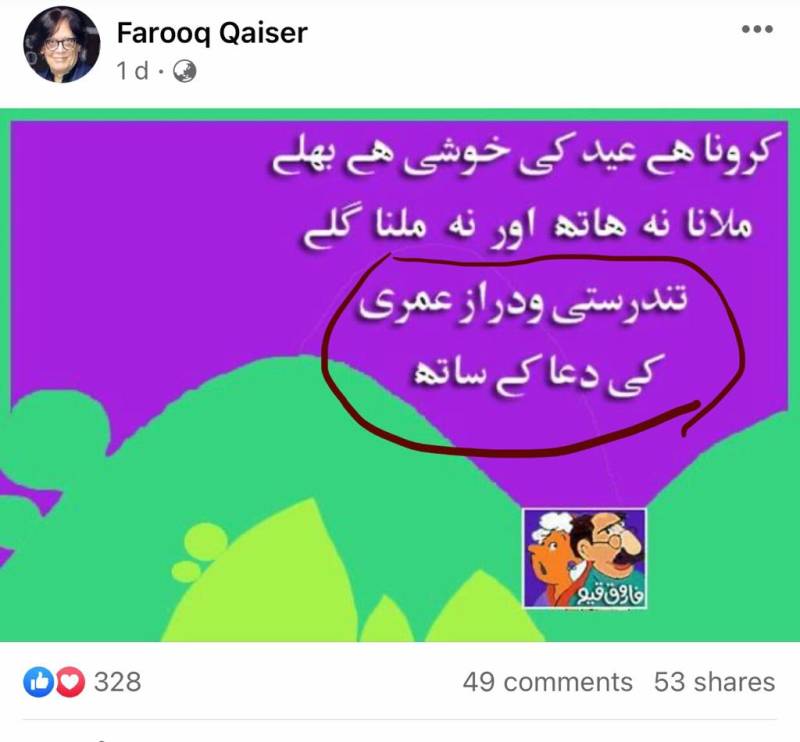 Born on 31 October 1945 in Lahore, He received graduate degree in Fine Arts in 1970 from the National College of Arts (NCA). Later he went to Romania where he mastered in Graphic Arts.

He had also obtained a masters degree in Mass Communication in 1999 from the University of Southern California, United States.

Fictional puppet, which was first introduced in 1976 in PTV’s show Kaliya, brought fame to the veteran celebrity.

He started his TV career in 1971 when his teacher Salima Hashmi introduced him into her children’s television puppet show Akkar Bakkar.

In 1976, he directed and wrote his own puppet show Kaliyan which received overwhelming response from public. .

Author of a few books including Kaalam Galoch, Hor Puchho, Meray Piyaray Allah Mian, and Meethay Karelay, he had been penning column for an Urdu language daily.

Prime Minister Imran Khan and people from different walks of life have expressed condolence on the demise of legend.

"Saddened to learn of Farooq Qaiser's death. He was not just a performer but would constantly raise awareness about social injustices and issues. My condolences and prayers go to his family," tweeted the premier.

Saddened to learn of Farooq Qaiser's death. He was not just a performer but would constantly raise awareness about social injustices and issues. My condolences and prayers go to his family.

Extremely Saddened to learn about the loss of our Uncle Sargam! Legend Farooq Qaisar sab. He was an icon. He was in regular contact and wld always motivate me. All of us have some great memories from our childhood of such a creative person. May ALLAH bless his soul. Ameen pic.twitter.com/XIn3cOBL4a