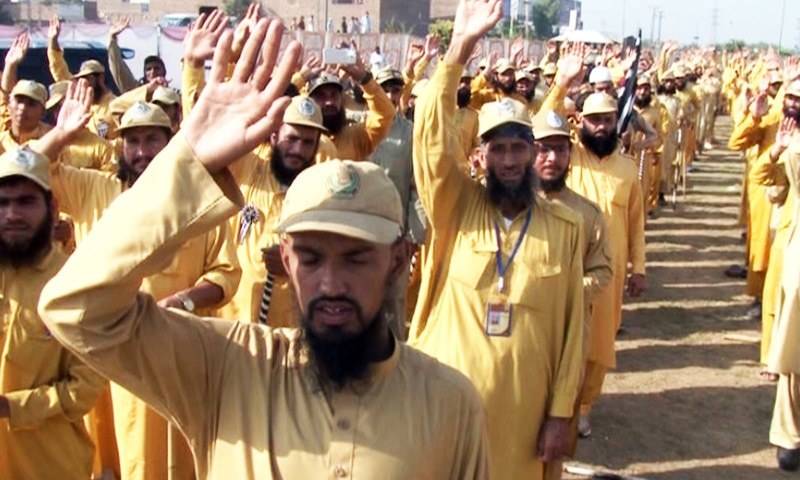 ISLAMABAD - Jamiat Ulema-e-Islam-Fazal (JUI-F) is set to implement its Plan B as Azadi March protestors have finalized their preparations to block all major roads across the country.

Earlier on Wednesday, The Jamiat-e-Ulema Islam (JUI-F) called off its so-called ‘Azadi March' sit-in in Islamabad , announcing the start of its ‘Plan B’ which saw the blockage of Karakoram Highway as the first step towards countrywide protests in a bid to put more pressure on the government for Prime Minister Imran Khan’s resignation.

Senator Atta-ur-Rehman, addressing thousands of JUI-F workers and students of seminaries from the stage built on top of ‘Azadi March’ container, said their ‘Plan B' will take effect 2:00 pm tomorrow (Thursday).

He announced to block Chakdara Chowk in Lower Dir and Indus Highway according to the plan. “Shahrah-e-Resham in KPK has been blocked by the Azadi Marchers,” he claimed.

Azadi March participants dismantled their tents and left the H-9 venue in Islamabad.

JUI-F leader Rashid Soomro also addressed the Azadi March protesters and urged them to gather at Hub River Road on Thursday, adding that motorway in Sukkur, Ghotki-Punjab road, Hub River Road and Kandhkot-Punjab road will be blocked at 02:00 PM.

Earlier on Wednesday, Special Assistant to the Prime Minister on Information and Broadcasting Firdous Ashiq Awan described Jamiat Ulema-e-Islam-Fazl (JUI-F) Chief Fazlur Rehman’s “Plan-B” as “a senseless political plan”, adding that the JUI-F chief has failed to comprehend “what to do next.”

In a message on her official Twitter handle, the Special Assistant to the Prime Minister stated that all plans to provoke unrest and instability in the country will fail.