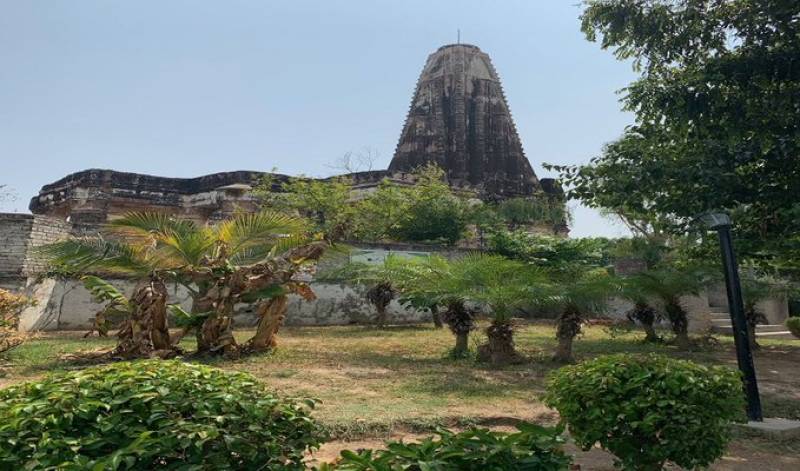 LAHORE - Pakistan's federal government has decided to reclaim and restore temples to Hindu citizens across the country.

PTI Spokesperson Ahmad Jawad said on Wednesday (yesterday) this is in line with the longstanding demand of the minority Hindus that their places of worship be restored to them.

He said a Chinese firm will start construction of 100 million dollars state of the art hospital in Gwadar in twenty-four months.

KALAR KAHAAR: Pakistan is land of ancient history. This country is enriched with the history of world's oldest ...

Govt has also planned to reopen Hindu temples across the country in phases, fulfilling the longstanding demand of the minority Hindus that their places of worship be restored to them.

SIALKOT - An ancient temple, closed for the public since 1947, will once open its doors to Hindu worshippers after a ...

According to a recent government estimate, at least 11 temples in Sindh, four in Punjab, three in Balochistan and two in Khyber Pakhtunkhwa were operational in 2019. Also,Pakistan recently agreed to open the Kartarpur Sahib corridor to facilitate pilgrimage to Guru Nanak's birthplace from Punjab on the Indian side.

LAHORE – After centuries, the doors of one of the holiest and sacred temples from 1834 would be opened for Sikh in ...

The Pakistan government has also approved a proposal to establish a corridor that will allow Hindu pilgrims to visit Sharda Peeth, an ancient Saraswati temple in Pakistan-administered Kashmir.