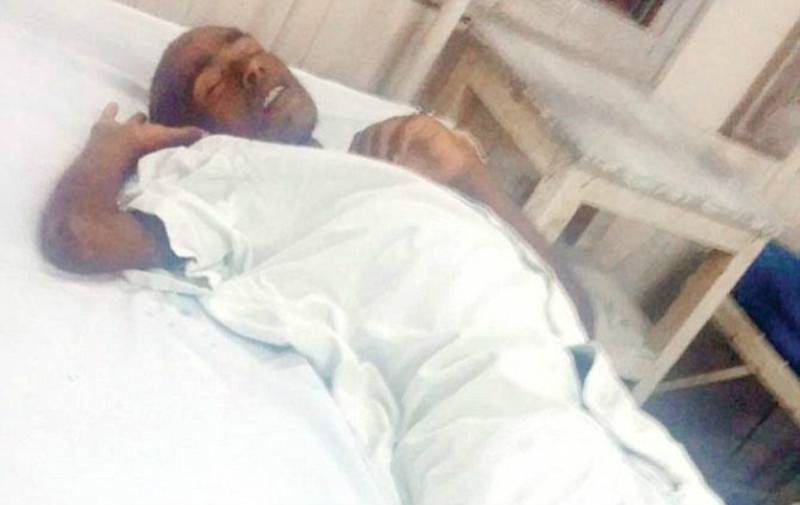 MUMBAI (Web Desk) - A homeless Indian man who had been pronounced dead woke up on an autopsy table, shocking hospital staff who were about to begin a post-mortem.

Police in Mumbai said they found the man, who has not been named, unconscious and suffering from multiple infections on Sunday morning and took him to the local hospital.

"As the autopsy was about to begin, the man awoke triggering chaos after which the doctors rushed to the room. Then they snatched the death certificate from my staff and tore it up," Dudhe said.

Hospital dean Dr Suleman Merchant said the police forced the error by asking doctors to examine the man on the road outside the hospital, because they were busy with security arrangements for a visit by Prime Minister Narendra Modi.

"They forced my doctor to examine the patient on the roadside as they wanted to rush back to the prime minister's security duty," Merchant said.

"Had the police allowed my staff to take the man indoors, they might have been able to do a better job," he said.

The man is being treated in the hospital for severe malnutrition, suspected alcoholism and substance abuse, Merchant said.

"He is delirious still and we are trying to stabilise him. Let's hope the damage from his past can be tackled," the dean said.

Police officer Dudhe called the suggestion police were responsible for the mix-up "ridiculous" and said the hospital was "trying to cover up their negligence".

The police have finished an internal enquiry into the incident and a report has been sent to the commissioner's office, he added.

Mumbai's police are regularly faced with unclaimed dead bodies and media reports have suggested mortuaries are running out of space to hold the corpses.