US 'more isolated than ever,' Iran won't cave in to pressure: Rouhani warns Trump 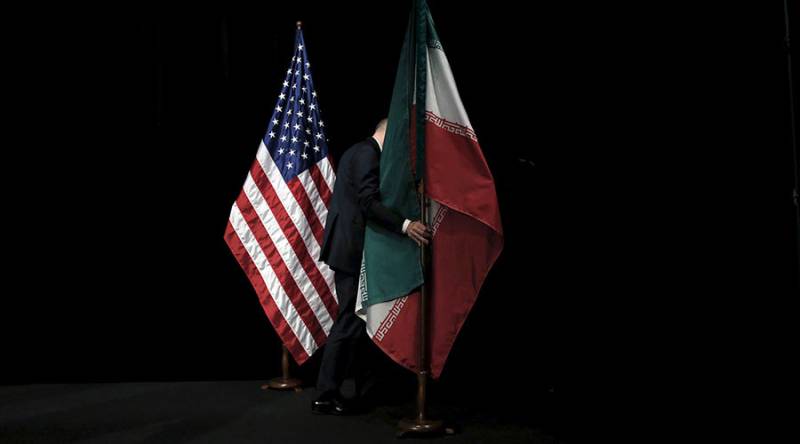 TEHRAN - Iran won’t cave in to Washington’s pressure, Iranian President Hassan Rouhani said, adding that the US is “now more than ever isolated.” Earlier, Donald Trump said he would not re-certify the 2015 Iranian nuclear deal and imposed further sanctions on Tehran.

“Today the United States is more than ever isolated in its opposition to the nuclear deal and in its plots against the Iranian people,” Rouhani said.

During a televised address on Friday, Rouhani stressed that the deal cannot be amended and no new clauses can be added to it.

Tehran will remain committed to the accord, but only while Iranian national interests are preserved, he said.

Iran, however, will never hesitate to give a “proper answer” if its interests are violated, Rouhani warned.

“The Iranian nation has not and will never bow to any foreign pressure... Iran and the deal are stronger than ever,” Rouhani said.

The Iranian president dismissed America’s anti-nuclear rhetoric, saying the US is the only country to have ever used an atomic bomb.

He also decried the newly announced US sanctions against the Iranian Revolutionary Guards Corps.

Earlier on Friday, Trump announced that his administration will not recertify Iran’s compliance with the nuclear agreement and announced new sanctions against Tehran.

The Russian Foreign Ministry has condemned Donald Trump’s refusal to adhere to the 2015 nuclear agreement with Iran, saying that the move poses a threat to international security and nuclear non-proliferation, and exposes the US as an unreliable partner.

“Such policy aimed at the erosion of the Joint Comprehensive Plan of Action (JCPOA) and its credibility in fact deals a heavy blow to the global non-proliferation efforts,” Mikhail Ulyanov, the head of the Russian Foreign Ministry’s Department on Non-proliferation and Arms Control, told Interfax following Trump’s announcement that he would not recertify the Iranian nuclear deal.

Such actions by Washington would only reinforce the belief of other countries, such as North Korea, that there is “no sense in negotiations” with the US as any international agreement, even those backed by the UN Security Council, can be “easily terminated,” he added.

The Russian diplomat denounced the US move as “irresponsible” and said Washington’s attempt to once again heighten the tensions around Iran’s nuclear program looks like “unmotivated aggression.”

WASHINGTON - US President Donald Trump has announced that his administration will not certify Iran’s compliance with ...