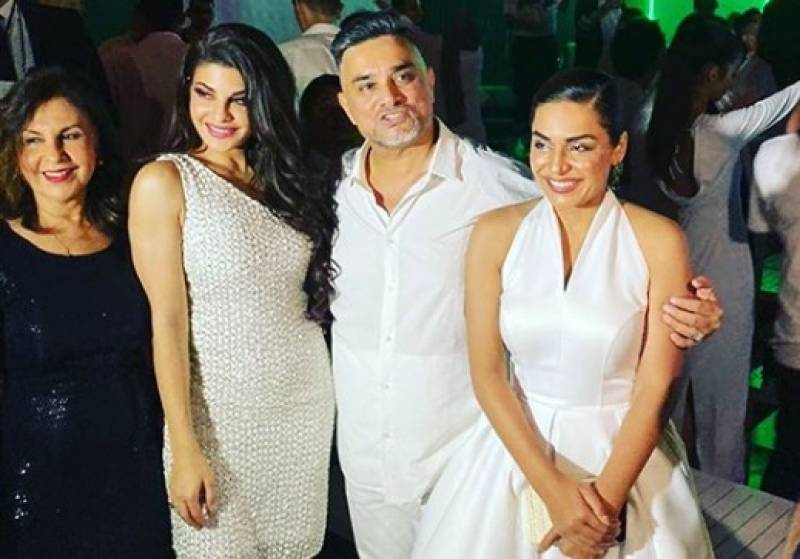 DUBAI - The Pakistani actress Meera Jee, who is in the UAE nowadays, was spotted partying with Bollywood actor Jacqueline Fernandez. The international stars were spotted dancing at a fashion show after-party after Fernandez walked the ramp.

In the viral video on the internet, Meera Jee could be seen dressed in white as she dances along with Fernandez and CEO of Splash Fashion Raza Beig.

Fernadez has also been posting pictures from her collaboration with Splash and her time in Dubai. During this stay, the actor also had the opportunity to meet her make-up artist Huda Kattan and fashion designer Victoria Beckham.

Meera, on the other hand, underwent a 'major surgery' in September at a private hospital in Dubai after the Lollywood star’s health deteriorated.

The Baaji's film star health deteriorated last month and she was hospitalised for multiple medical tests after she complained of pain in her stomach. The actress was discharged from the hospital days later,  with sources saying that doctors had advised her to seek operation for her condition.

Later, Meera had then revealed to her fans on social media that she was admitted to the American Hospital in Dubai and was under examination. She had asked her fans to pray for her quick recovery.