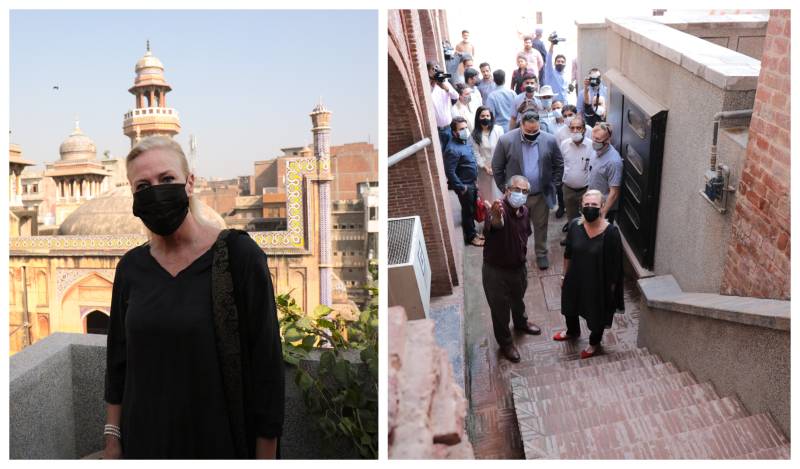 Through the Ambassador’s Fund for Cultural Preservation, the United States supports preservation of a wide range of cultural heritage, including historic buildings, archaeological sites, and manuscripts. Since 2002, the Ambassador’s Fund and the U.S. Mission in Pakistan have provided approximately $1.4 million (PKR 239 million) for the restoration of various sites around the Wazir Khan Mosque and Chowk. In its restoration efforts, the U.S. Mission in Pakistan works closely with the Aga Khan Foundation-Pakistan, along with the Walled City of Lahore Authority.

“The Wazir Khan Mosque and Chowk symbolize the great cultural, historical, and religious heritage of the city of Lahore,”  Chargé Aggeler said.  “We hope these projects will serve as an enduring sign of the respect the United States has for Pakistan’s culture and its people,” she added.

Restoration work supported by the Ambassador’s Fund and the U.S. Mission has helped return the Chowk to its original sub-terranean level, almost 2.5 meters below ground.  Also supported were restorations of the eastern façade of the Chowk, the Chowk “hujras,” historic houses, and the Well of Dina Nath.