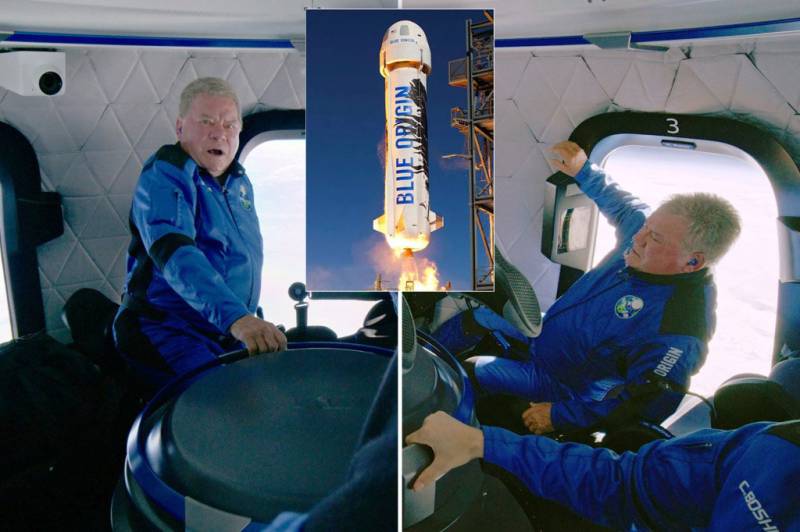 VAN HORN – Hollywood actor William Shatner officially became the oldest person ever to fly to space as he blasted off from Texas on Amazon founder Jeff Bezos’s rocket on Wednesday.

The 90-year-old spent around 10 minutes on his suborbital flight alongside three other individuals. The four members cross the official boundary of space at 100 kilometers above the Earth before being glided down using parachutes. The capsule spent around three minutes at zero gravity.

This was the voyage of the RSS First Step today. Its mission: encounter Earth from incredible views at apogee pic.twitter.com/Gzsnkv97K9

The actor after returning from the momentous journey placed his hands on the shoulders of Jeff Bezos - the world's richest man and founder of Blue Origin.

“What you have given me is the most profound experience... I'm so filled with emotion about what just happened”, he told Bozos as he admitted being frightened before the departure.

Shatner also added that smashing through the blue sky to the blackness of space was a moving experience.

The senior actor broke the record for the oldest person in space by eight years, earlier American aviator Wally Funk holds the record in July.

It was the second successful near-space flight by Bezos’s aerospace company, which earlier launched a crew that included the founder himself.

VAN HORN, Texas – Blue Origin on Tuesday launched its first crewed mission on its New Shepard rocket to fly its ...

Bezos, his brother Mark, Dutch teenager Oliver Daemen; and famed aviator Wally Funk embarked on the one if it’s kind of journey. Blue Origin has planned one more crewed flight in 2021, while several more planned for the next year.