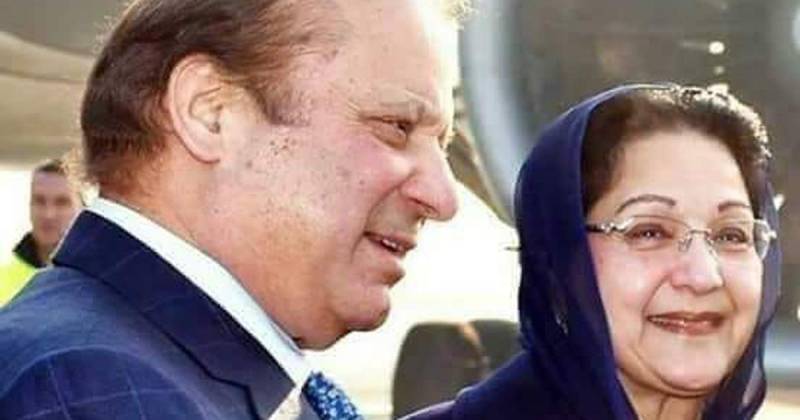 ISLAMABAD - Begum Kulsoom Nawaz did not merely hold the title of the first lady for three non-consecutive terms but was also a learned lady for her penchant towards literature.

The 68-year old, who breathed her last on Tuesday at the Harley Street Clinic, held a PhD on renowned Urdu poet Mirza Ghalib and used to insert verses in the speeches of her husband Nawaz Sharif - who served Pakistan thrice as the prime minister.

Former DG radio and seasoned journalist Murtaza Solangi elaborated in a piece written on Kulsoom Nawaz that she used to rectify the speeches of Pakistan Muslim League Nawaz leaders.

Kulsoom's tilt towards literature was also confirmed by Pervaiz Rasheed, a close confidante of Nawaz Sharif and a senior PML-N leader who added that Nawaz Sharif used to get poetic references from his wife.

Senior journalist Nusrat Javed also expressed that Begum Kulsoom was an avid reader of literature as well as the newspapers.

“She would go through newspapers and highlight important passages and give them to Nawaz. This habit was inherited from her father Dr Hafeez, who was one of the few Muslim doctors in pre-partition Punjab and lived in Misri Shah area of interior Lahore,” the Dawn News anchor says.

PML-N Senator Mushahidullah, who is himself fond of poetry, dished in on the matter saying, if she had to speak, she would rely on poetry.

“I am a great fan of you and your work, especially Aag Ka Darya,” she told the author to her surprise.

Besides the soft touch of her personality, Kulsoom was also compelled to lead the party in times of crises after the bloodless coup of 1999 engineered by Pervaiz Musharraf.

When Nawaz Sharif was put behind bars, it was Kulsoom who led the party and wooed the voters and party loyalists.

One of the most fascinating scenes was when her car was towed on Canal Road as she was leading a demonstration. The police kept trying to convince Kulsoom, get out of the car but the drama continued for 10 hours in a matchless show of defiance against the military rule.

Kulsoom Nawaz also contested against Yasmin Rashid in NA-120 by-elections and won the battle, though was not able to take oath owing to her illness.

She breathed her last while battling cancer in London and would be laid to rest today at family's hometown Jati Umra.

Her funeral prayer was offered at the Regent Park mosque in London while another funeral prayer would be led by Maulana Tariq Jameel at Jati Umra. The gathering would be attended by Nawaz Sharif, his daughter Maryam and son-in-law Captain (r) Safdar who were released on parole following her demise.

A few of the videos shared on social media depict the last interaction of Nawaz Sharif and his daughter Maryam with Kulsoom.

Nawaz could be seen saying 'Baoji' to her ailing wife, without getting any response back. Baoji is a well-dressed man and as Nawaz had a penchant for well-stitched suits and Shalwar Kameez, she used to call him Baoji.

Doctors had told Nawaz that by using words and names she knew well, they might be able to trigger her consciousness, though the efforts went in vain and Kulsoom died at the age of 68 at a time when her family members were imprisoned at Adiala Jail in Pakistan.