Police find no evidence of blasphemy by Mashal 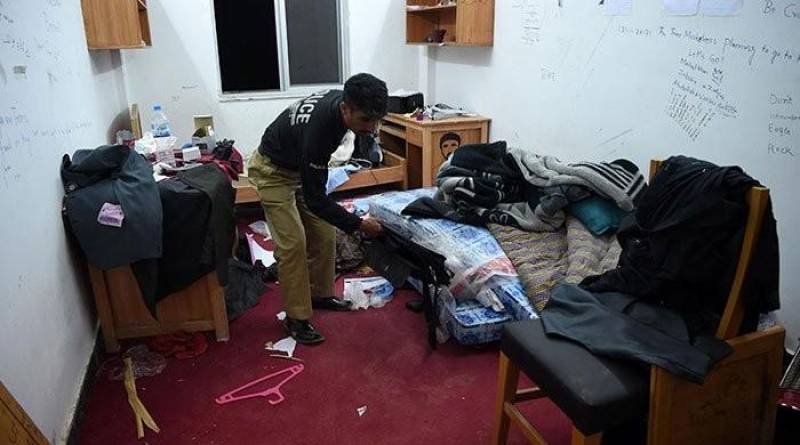 PESHAWAR - Police have discovered no element of blasphemy by the slain student Mashal Khan during initial investigation, local media reported.

After the incident, the police have seized all evidence from the hostel room where Mashal lived for further investigation.

On the other hand, the university has initiated an inquiry into alleged blasphemy of three students, including Mashal. 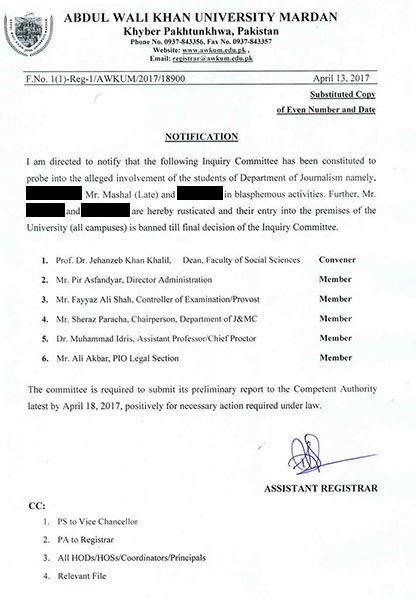 One of the three students was injured by the mob before the brutal killing of Mashal Khan on allegations of blasphemy.

A notification from the university dated April 13—the same day Mashal was killed— was signed by the assistant registrar and states that the two other students have been rusticated and banned from entry into the university (all campuses) until further orders.

After the brutal killing, police have registered two separate cases against 20 suspects and arrested eight suspects over the incident.