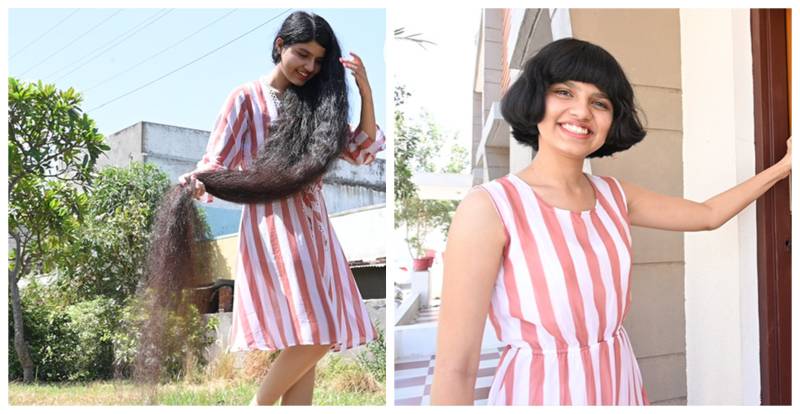 Guinness World Record holder Nilanshi Patel from India’s Gujrat, who has longest hair in the world, has officially cut it off after 12 years of growing it.

Last July, just before her 18th birthday, Nilanshi’s hair was measured for the last time and reached an incredible 200cm (6ft 6.7 inches), securing her the iconic title for the longest hair ever on a teenager as well, the Guinness World Records said in a blog.

She decided to stop having haircuts when she was six following a bad experience at the hairdressers. She spent twelve years without a haircut and previously described her long hair as her "lucky charm".

After achieving the world record title, Nilanshi finally made the decision to cut off her locks.

"My hair gave me a lot - because of my hair I am known as the 'real life Rapunzel'... now it’s time to give it something back," Nilanshi said.

"I'm so excited and a little bit nervous because I don't know how I'm looking in the new hairstyle... so let's see what happens, but I hope it's going to be amazing," Nilanshi said just before her grand haircut.

Before the first snip took place, Nilanshi kissed her hair goodbye and crossed her fingers for luck!

But after only a few short minutes the initial big cut was complete and Nilanshi went on to get her new, short locks cut and styled. She feels thrilled with her new look.

Nilanshi donated her hair to Ripley's.

Once it has been shipped from India to the USA it will be on display at Ripley’s Believe it or Not! Hollywood before then being displayed at Guinness World Records Museum, also in Hollywood.

Guinness World Records title holder Ayanna Williams (USA) who is famously known as the woman with the world’s ...