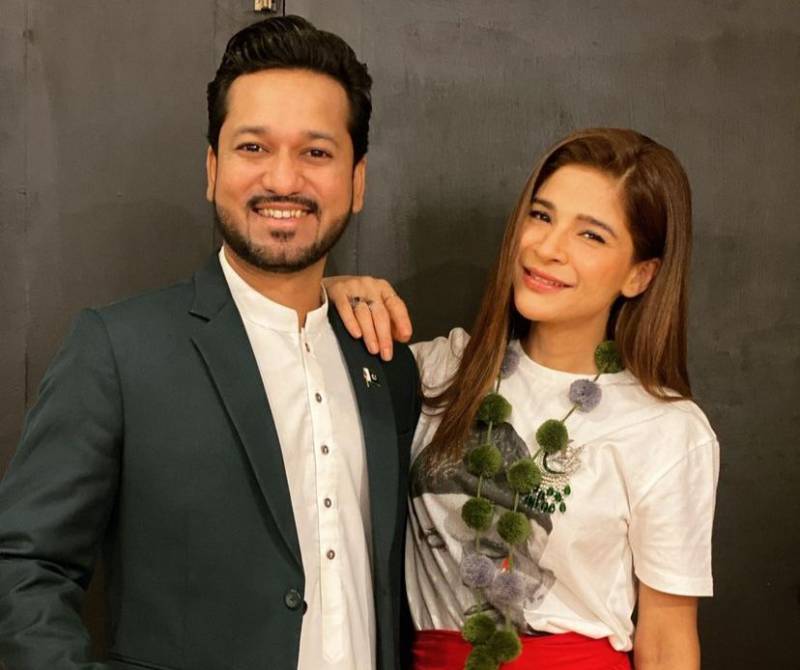 Lollywood diva Ayesha Omar is undeniably a force to be reckoned with due to her impeccable acting skills, gorgeous looks and fashionable wardrobe choices.

Proving that she is a star performer at heart, this time around the Bulbulay star left the admirers stunned with her singling skills aka vocal talent.

Singing alongside her friend, Ayesha penned a heartwarming note where she reminisced the golden days when she used to sing with her music teacher and much more.

Kickstarting her note with the importance of freedom of speech, Omar wrote, "Bol key lab azaad hain teray. Bol zabaan ab tak teree hai…. That tongue of yours is the most powerful thing you possess. Whatever it is, we do have some Azaadi to speak our minds, on and off. Especially on social media or in print. Way more than some other countries who claim to be lands of freedom. But use that privilege wisely, my lovers. Don’t use it to degrade, malign, create hatred, create differences, backbite, judge or tear people down. Don’t use it to make things difficult Or create dangerous situations for others. Don’t use to step on people or expose their flaws if they are not affecting or hurting you in any way."

"It is no wonder that my late Singing teacher, Aunty Shade’ Hussain, one of my favourite school teachers ever, chose this particular Nazam by my favourite Pakistani poet, for our first grand choir performance on stage, On Faiz memorial Day. At the @alhamra_art_centre in Lahore. It was so so powerful. I was only 8 years old, with 50 others. We belted out this beautiful piece with so much emotion, because we actually understood what we were saying. Aunty Shaade explained the meaning of every single word, and all the meanings between the lines, as best as she could. It was so apt at the time, and even more so now. And we believed in it. Tina Sani (the legendary singer), Arshad Mahmood( the master composer) and Muneeza Hashmi (Faisal ahmed Faiz’s daughter) sat in the first row in awe, moved to tears, enthralled by these tiny humans singing so beautifully in unison."

3 decades later, it still remains my favourite piece. And I still try to only speak my truth. ❤️Thank you for jamming with me impromptu @lennymasseyofficial and you @saadhayat for letting us jam in your studio ????⚡️", the Yalghaar actor concluded.

On the work front, Omar was last seen in the film Rehbra and the actor is currently working on a project alongside Adnan Siddiqui and Humayun Saeed for a Pak-Turk show on Selahuddin Eyyubi.

The relationship between parents and children is the most beautiful one but the bond shared by a daughter and a father ...