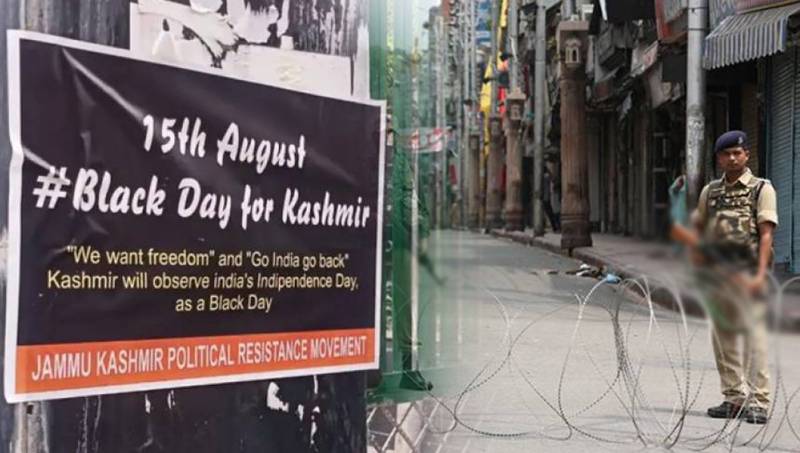 SRINAGAR – Kashmiris on both sides of the Line of Control and across the world mark India’s independence day as a black day in protest against New Delhi’s perpetual denial of the right to self-determination of Kashmiris.

August 15 is marked by a complete shutdown and civil curfew in the occupied valley on call of the All Parties Hurriyat Conference which is also supported by pro-freedom leaders and organizations.

Hurriyat leaders said India has no locus standi to celebrate its Independence Day in Kashmir as it is holding the Himalayan territory against the will of the people.

Detained leader Shabbir Shah, in a message sent from New Delhi’s Tihar Jail said India is an oppressor that has deprived millions of Kashmiris of their fundamental rights.

He said that India’s illegal occupation of Jammu and Kashmir is a brazen violation of international law and UN resolutions.

ISLAMABAD – Pakistanis and Kashmiris across the world are observing ‘Black Day’ today to register the ...

The Modi-led government has unleashed the worst-ever atrocities against the Kashmiri youth fighting for the liberation of the motherland from Indian rule for decades.

For 7 decades India is suppressing innocent Kashmiris, more than 96 thousand have been martyred, 11 thousand women are raped, and more than one lac children are orphans, due to the brutalities of Indian soldiers in the occupied valley.