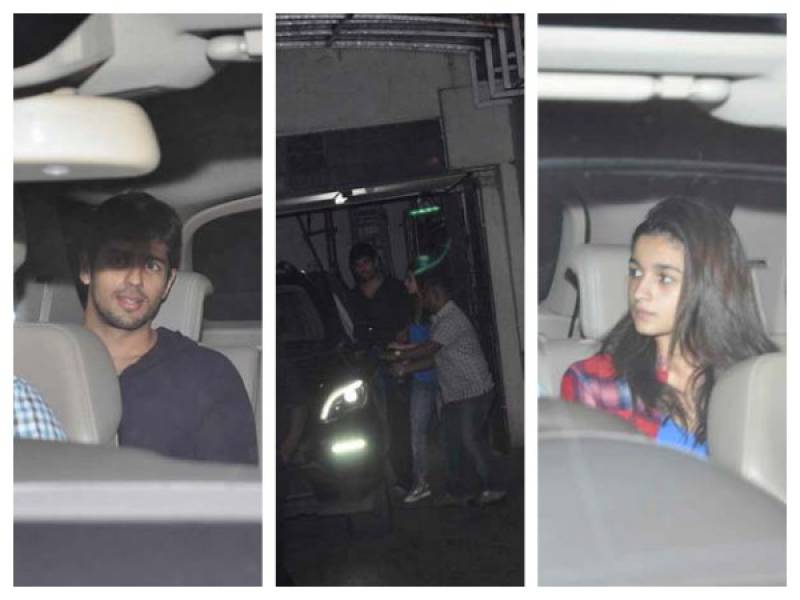 MUMBAI (Web Desk) – Sidharth and Alia were spotted late in the night, the alleged couple who are obstinate about not coming out in the open about their relationship seemed to be enjoying a midnight rendezvous!

Lovebirds were were once again spotted together and this time, it was not at an event or each other's house, but near Karan Johar's office.

The pair were seen arriving and leaving together in the same car and the paparazzi clicking their pictures didn't seem to bother them at all, Filmi Beat reported on Friday.

They were calm, composed and busy with each other, paying least attention to the media gathered outside the office.

The two debuted together in Bollywood with Student Of The Year and are said to be dating each other ever since. They were spotted together on a number of occasions, Alia was even spotted meeting Sidharth's parents!

The duo continue to either ignore the rumours and say that they are just friends! None the less, here are the two alleged lovebirds spending time with each other.