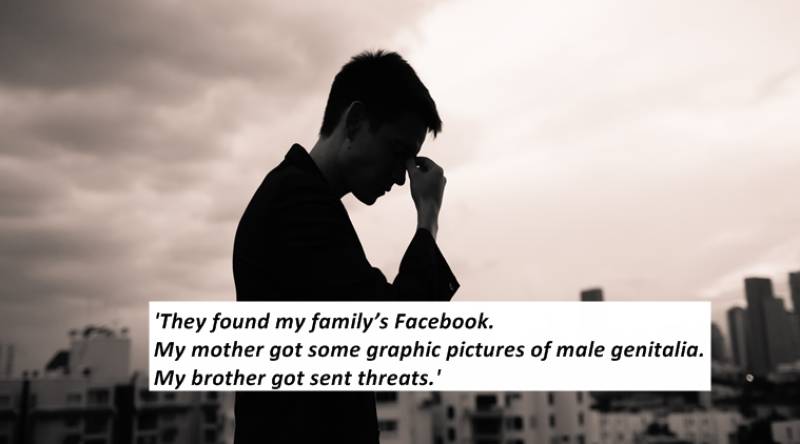 Jack Fraser, a third-year physics student at the University of Oxford had to bear excruciating abuse at the hands of Indians simply because he solved India's "most difficult to crack" exam paper in the least time.

Fraser was tagged on Quora and was asked to solve a JEE Question paper. Often deemed as the hardest exam, the paper was solved by Fraser “in one-third of the allotted time and with 100% correct answers”.

However, things got worse for him when he chose to share this on social media. Things did not seem to go down well for the Indians who apparently felt insulted. Fraser was relentlessly abused by Indians and called a liar. But things aggravated when some people found his family on Facebook and sent “graphic pictures of male genitalia” to his mother. And this was not all. His brother received threats and his Facebook profile picture was reported, few times, for “graphic indecency”.

“This was a particularly unpleasant thing that happened to me a few weeks back. Someone asked a question in the topic Jack Fraser (Quora user), which went something along the lines of “Can Jack Fraser solve the JEE paper?”

(For those of you who don’t know, the JEE is an Indian physical sciences admissions paper for their universities – some people take it really seriously, a fact I didn’t know at the time!)I thought it would be a laugh to sit down and do the paper, and see how I did. There were two papers, about 80 multiple choice questions each.

This is where I made my mistake. I told them how I breezed through it. I did it in about a third of the allowed time, and with 100% correct answers.

Now, first of all I think I need to make some qualifications:

I am a third year physics student. This is a high school-level paper, taken by ~17 year olds who haven’t spent 3 years at university studying physics. I have been sitting physics exams every year for nigh-on 7 years now. Multiple choice makes exams immeasurably easier. As I explained in this answer here, it thus comes as no surprise that I found a test designed for people much less educated in physics than me pretty easy.

It’s nothing special – nobody is surprised when a 6 year old can walk, and a baby can’t. It would be significantly more worrying if £27,000 being spent on 3 years at one of the best universities on this planet didn’t prepare me to ace an admissions test for another university! Now – I explained all of this in my answer, in painstaking detail.

It didn’t go down well. I was called a liar. Insults were thrown. One guy called me scum. I was told there was simply no way a simpleton like me could do well on this — it is simply the hardest exam to ever grace the face of this planet. This stuff was pretty mild — and Quora took care of the abuse well enough that I had no complaints. But then some people took the issue off Quora. They found my Facebook.

They found my family’s Facebook. My mother got some graphic pictures of male genitalia. My brother got sent threats. My Facebook profile picture was reported for ‘graphic indecency’ a few times, and I had a flood of abusive message appearing in my “Message Request” box. One guy sent me a picture of my (old) university accommodation, saying they knew where I lived*, and that he was going to “shiv” me. It was really rather traumatic. I deleted the answer, and a few days later the entire question was deleted by Moderation. I don’t know if it was one guy using dozens of accounts (they were all fake profiles), or a cabal of several people, but eventually it petered out.

Facebook (slowly) dealt with it, and the stuff went away. My Mum still refers to it as “The time that guy had such low self esteem that he considered me seeing his penis to be the worst insult imaginable”.

So it’s not so much that the response was on Quora — indeed, the problem was that it escalated beyond the bounds of Quora. I’m not going to answer any more questions about the JEE. It seems like it’s a bit too touchy a subject! This would have been more threatening if it wasn’t the top result when you google trinity college oxford. And if I still lived there, which I don’t.”

However, Fraser also added that several Indians also reached out to him, apologising for others. Fraser said he harbours no bitterness.

“PS. To the hundreds of people flooding to the comments section and my inbox to apologise for these people and assert that it’s not all Indians – no need.