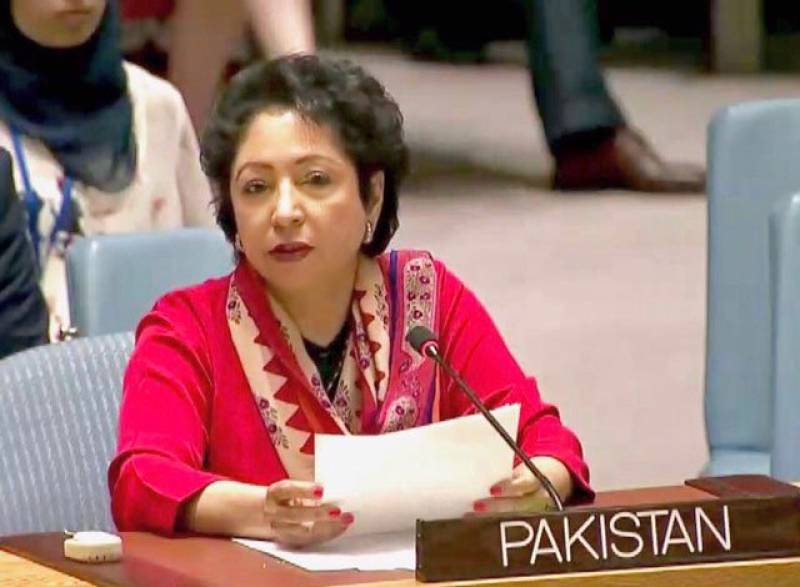 UNITED NATIONS - A senior Pakistani diplomat has told a U.N. forum that despite economic challenges, Pakistan would continue to work towards achieving the globally agreed sustainable development goals (SDGs) aimed at ending poverty, fighting inequalities and tackling climate change through "innovative, targeted and focused" implementation strategies in all fields.

"A key aspect of the implementation strategy is strengthening existing alliances and forging new ones, leveraging technology and mobilizing finance," Ambassador Maleeha Lodhi said while opening the third global workshop in preparation of the Voluntary National Reviews (VNRs) at the 2019 High Level Political Forum (HLPF) The forum, held on Sunday, was organized by the UN Department of Economic and Social Affairs and hosted by the Permanent Mission of Pakistan.

In her remarks, Ambassador Lodhi said that through political commitment and ownership, Pakistan has been able to integrate SDGs into its national development agenda.

Pakistan, she said, launched its National SDGs Framework in 2018 to plan, strategize and optimize the full potential of SDGs in the country.

The workshop was part of the final leg of preparations arranged by the UN Secretariat to facilitate countries who are presenting their VNRs. Pakistan, along with forty-seven other countries, will present its VNR at the UN next week in the HLPF and give a detailed presentation about the implementation of SDGs in the country.

"A new universal health coverage initiative – the Sehat Sahulat Programme – has also been launched this year to provide health insurance coverage for those in need", she added.

Referring to steps taken by the government for climate adaptation, Ambassador Lodhi said that although Pakistan's carbon footprint was minuscule, it was among the top ten climate vulnerable countries.

To fight climate change, Ambassador Lodhi said, the billion-tree tsunami programme had been scaled up to 100 billion tree plantation drive to meet and surpass its commitment through our national resources.

The President of the Economic and Social Council, Ambassador Rhonda King, thanked Ambassador Lodhi and the Permanent Mission of Pakistan for hosting the workshop and said that VNRs were an important platform for states to exchange ideas and work together to collectively achieve sustainable development goals.

She also urged participating member states to engage with presenting countries during VNRs. She said that as one cycle of SDGs review was coming to an end this year, UN Secretariat, especially officials at the Department of Economic and Social Affairs, looked forward to a successful HLPF, one that will chart a new way forward towards sustainable development.

More than a hundred delegates from the member states presenting their VNRs were assembled for this workshop.