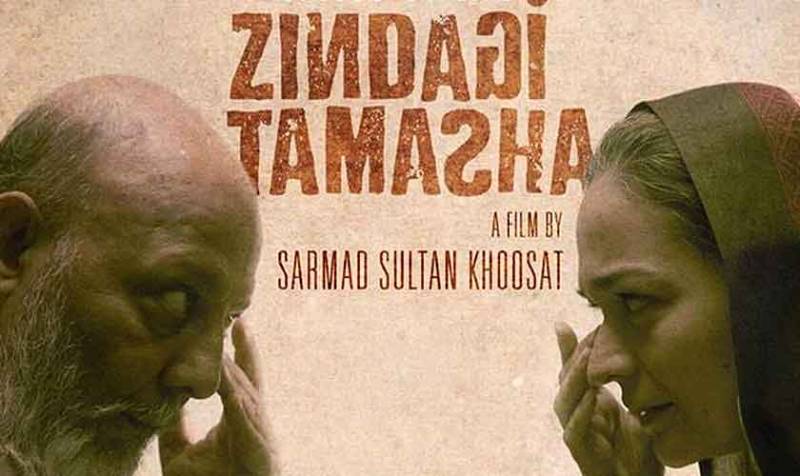 The Senate Standing Committee on Human Rights has given the green signal for the screening of Sarmad Khoosat's Zindagi Tamasha. Objections raised against the film have been dropped.

PPP Senator Mustafa Nawaz Khokhar, who chairs the panel, on Tuesday, took to Twitter to announce, “We’ve found nothing wrong with it. Censor board has our go-ahead to release post-COVID. Detail reasoning to follow later.”

Senate HR committee has unanimously agreed with Censor board’s decision to allow screening of movie “zindagi tamasha”. We’ve found nothing wrong with it. Censor board has our go ahead to release post Covid. Detail reasoning to follow later.

Earlier this year, the Sindh Board of Films and Censor banned the film three days before its release.

A notification was issued by the board, explaining that it had previously examined and cleared the Sarmad Khoosat’s directorial film, but it has now been informed that it may create unrest within a segment of the society.

“If the film titled above is released for public exhibition, it may create unrest within the religious segment of the society and may deteriorate and be detrimental to the peaceful circumstances in the country.

Therefore, in order to avoid such a situation, it is advised not to release the Film for public-exhibition until further decision by the Sindh Board of Films Censor. ” said the notification. The decision to ban the film followed a similar move by the censor authorities in Punjab the next day.

Directed and co-produced by Khoosat and his sister Kanwal Khoosat and written by Nirmal Bano. Zindagi Tamasha is a bilingual film, mostly shot in Punjabi. Along with Hassan and Suleman, the cast includes Ali Qureshi, Samiya Mumtaz, and Imran Khoosat.

The plot of the movie revolves around an old man named Rahat Khan who has a confession to make. The whole film is based on the reaction that follows Rahat Khan’s statement. The film shows the real side of Lahore and has no filters to sugar coat and show an unreal picture of our society.