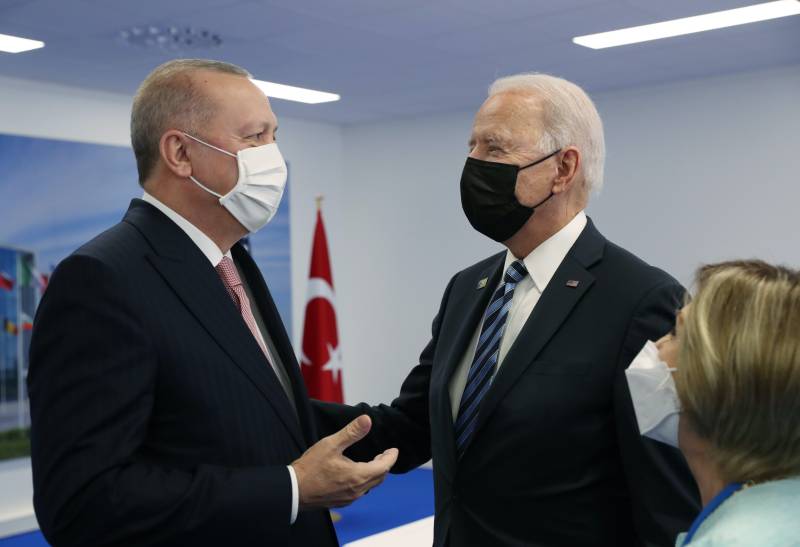 ISTANBUL – Turkish President Recep Tayyip Erdogan has proposed a new trilateral cooperative mission to defend and administer Kabul’s international airport, which would include Pakistan and Hungary following the withdrawal of other NATO soldiers.

Speaking in a presser at the end of a series of meetings with NATO leaders on the sidelines of the alliance summit on Monday, the Turkish premier said Istanbul was seeking Pakistan and Hungary's involvement in a new mission in war-torn Afghanistan following the departure of the United States-led NATO troops.

The Turkish president, also mentioned that Istanbul would need ‘diplomatic, logistic and financial assistance’ from the United States if it were to maintain troops in Afghanistan for security operations.

Reports in Turkish media also cited that Turkey also offered to guard the Afghanistan airport amid concerns over the security along major transport routes and at the airport, which is the main gateway to Kabul.

Meanwhile, NATO Secretary-General Jens Stoltenberg speaking about the development told that the coalition has not decided during a leaders' summit on who would run the international airport in the Afghan capital after the troops’ withdrawal.

WASHINGTON – The Pentagon on Tuesday completed “greater than 50%” of its task of withdrawing troops ...

Turkey would play a key role as NATO committed to providing transitional funding for the Hamid Karzai airport, Stoltenberg added.

On the other hand, Erdogan claimed that he had a fruitful and sincere meeting with his United States counterpart Joe Biden. Shortly after holding the key meeting, the Turkish President said ‘We believe there is no problem that cannot be resolved in Turkey-US relations.'

He also confirmed that ‘no progress has been made in the S-400 debate. On the issue of S-400s, I told US President the same thing I had in the past. I told him what joint steps we can take on the defence industry,' he added.

Earlier, the US placed sanctions on Turkey’s military procurement agency. It also kicked Turkey out of the F-35 programme, which sees Western allies supply components for the next-generation fighter plane and secures Turkey’s early purchase rights.