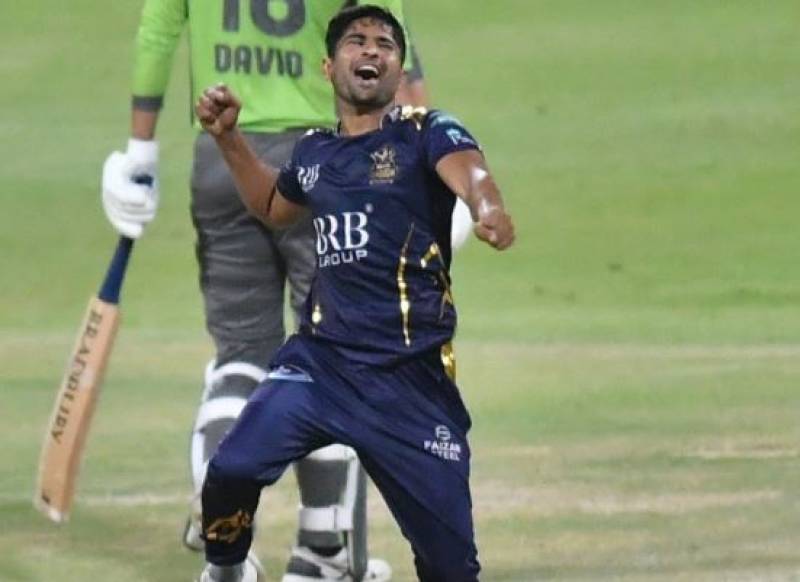 A strong bowling performance helped Gladiators to send players of Qalandrs to the pavilion before they managed to achieve the target of 159 runs.

Usman Khan Shinwari brought some confidence to the team as he removed Sohail Akhtar for a duck in the first over, while Mohammad Hasnain dismissed Fakhar Zaman (12) in the fourth over, building pressure on Qalandars.

In the fifth over, Shinwari claimed a major wicket as he dismissed Mohammad Hafeez (1) while Khurram Shahzad eliminated Zeeshan Ashraf (16) in the sixth over.

Ben Dunk and Rashid Khan also failed to drive Qalandars towards victory as both were dismissed by Mohammad Nawaz in seventh and ninth overs, respectively.

Ahmed Daniyal scored 3 runs while Tim David played well as he smashed 46 runs. Similarly, Shaheen Shah Afridi made 12 runs and Haris Rauf 19 runs before he was sent to pavilion by Hasnain.

Quetta Gladiators in their innings managed to hit 158 runs as the bowling line of Qalandars was also in good form.

Gladiators’s Azam Khan made 33 runs while Mohammad Nawaz scored only 6. Jake Weatherald hit 48 runs before he was removed by Mohammad Hafeez.

The Qalandars had won the toss and opted to bowl first against Gladiators.