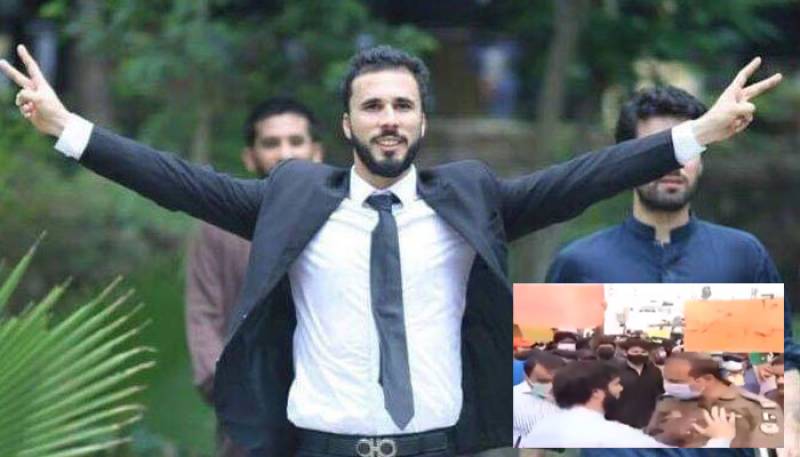 LAHORE – In a recent viral video of Prime Minister Imran Khan's nephew, he was seen thrashing a police officer during a protest in the provincial capital.

The viral clip is of a regional news channel in which the social activist and lawyer Hassan Khan Niazi was spotted thrashing police officers while the man standing behind holds him in a bid to stop the scuffle.

The clip is making rounds on social media, journalist Mansoor Khan also shared the lawless moment. He also mentioned CCPO Lahore for the arrest of the premier’s nephew.

The Prime Minister's nephew Hassaan Niazi pushes a police officer during a protest in #Lahore. Will @CcpoLahore take any action against this? pic.twitter.com/z5gCS8L7SG

Earlier in 2019, Niazi was among the lawyers who ransacked a cardiology hospital in a dispute with physicians. A video of him torching a police vehicle was also surfaced after the event.

LAHORE - Police on Friday raided the residence of advocate Hassan Niazi for his alleged involvement in the ...