Migrants land in Indonesia, but hundreds pushed back to sea 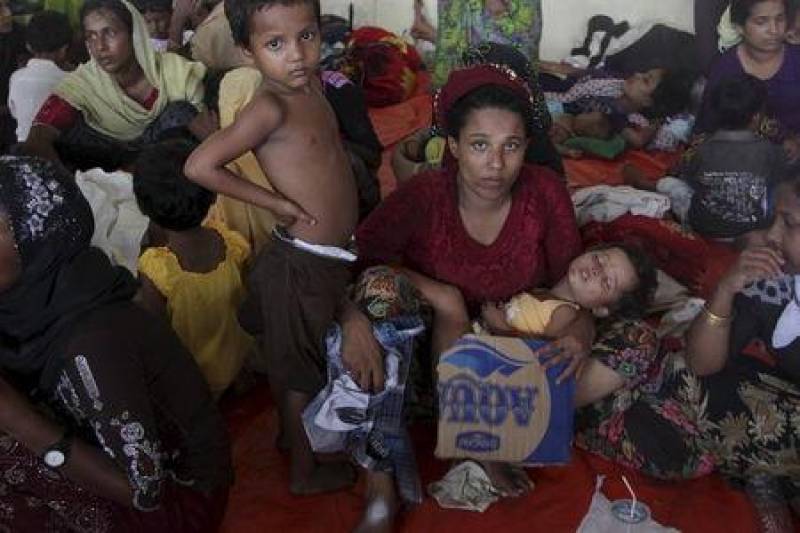 LAHORE (Web Desk/Agencies) - Nearly 800 "boat people" were brought ashore in Indonesia on Friday, but other vessels crammed with migrants were sent back to sea despite a U.N. call to rescue thousands adrift in Southeast Asian waters with dwindling supplies of food and water.

Underlining the hardening of Southeast Asia government's stance on the boatloads of Rohingya Muslims fleeing persecution in Myanmar, Thailand's prime minister warned on Friday that if more migrants arrived they might steal jobs from Thais and Indonesia's military chief warned they would cause "social issues".

About 2,500 migrants have landed on Indonesia's western tip and the northwest coast of Malaysia over the past week. But two boats that crossed the Malacca Strait from the Thailand-Malaysia side have been turned away by the Indonesian navy, and on Friday another was towed out to sea by the Thai navy. Malaysia, too, has said it would push migrant boats back to sea.

"They have no food, no water and are drinking their own urine," said Joe Lowry, a spokesman for the International Organization for Migration in Bangkok.

This is a game of maritime ping-pong with human life. We expect governments in the region to find a solution rapidly ... or we will be finding boatloads of desiccated corpses floating around in the Andaman Sea in coming days."

The crisis has arisen because smugglers have abandoned boats full of migrants, many of them hungry and sick, in the Andaman Sea following a Thai crackdown on human trafficking. Thailand is the first stop on the most common trafficking route used by criminals preying on Rohingya as well as Bangladeshis seeking to escape poverty.

As some countries faced pressure for closing their doors to desperate "boat people", the U.N. human rights chief said the deadly pattern of migration by sea across the Bay of Bengal would continue unless Myanmar itself ends discrimination.

"Until the Myanmar government addresses the institutional discrimination against the Rohingya population, including equal access to citizenship, this precarious migration will continue," Zeid Ra'ad Al Hussein said in a statement.