'Game of Thrones' makes yet another editing flub: Jaime Lannister's hand grew back 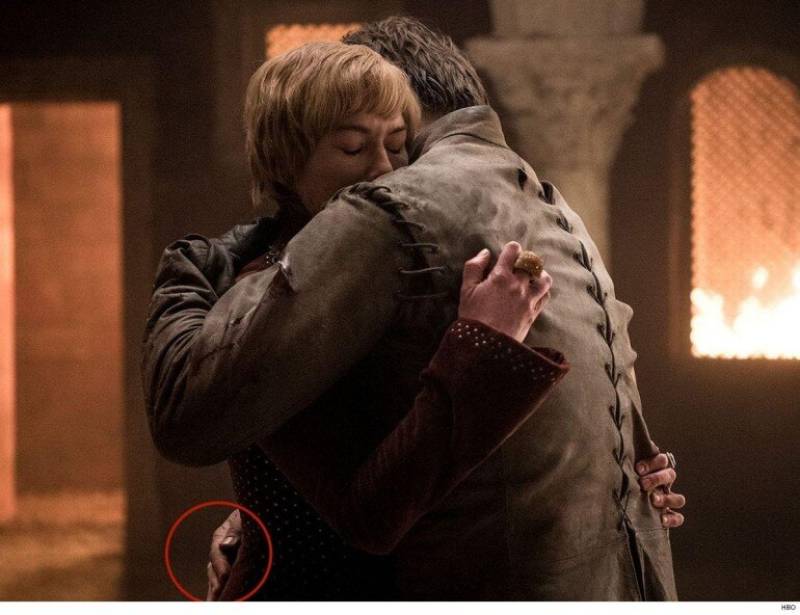 "Game of Thrones" nearly had another embarrassing editing snafu in its final season.

Just as the Coffee Cup glitch was beginning to die down, fans thought they caught another mistake in Sunday's penultimate episode: Jaime Lannister's hand, which had been severed in Season 3, somehow grew back.

In case you forgot, Jaime lost that hand in season three after pulling a “Do you even know who I am?” to save Brienne of Tarth from a group of soldiers. However, as bricks rained down and the Lannister lovers of Jamie and Cersei were about to meet their death, the scene was blessed with an editing blunder, Jamie was sporting his cut off hand! Can somebody praise the Lord of editing?

Fans of the series have since taken to Twitter to blast the creators of GOT for not only giving Cersei one of the most boring TV deaths but making a blunder while at it.

First the coffee cup and now Jaime Lannister got his hand back 😂 #GameofThrones pic.twitter.com/sySqosw0J7

For those who are defending D&D after this episode, explain to me why Jaime's hand grew back...

THIS SEASON IS THE WORST EVER, IN EVERY WAY! NOW FUCK OFF @GameOfThrones @HBO pic.twitter.com/LnunDhIOfc

Jaime Lannister was so out of character he even grew his right hand back pic.twitter.com/jWoxD6J58x

As we (most of us) look forward to watching the next episode, we can only be left wondering if Sansa Stark will be making a phone call on her brand new iPhone X to spread the news about Jon Snow’s origin? Will Arya call an Uber instead of hopping on a horse to return to Winterfell? Whatever the case may be, we can’t wait to see what they have in store for us!