Tank: Man burns wife to death for not granting permission for second marriage 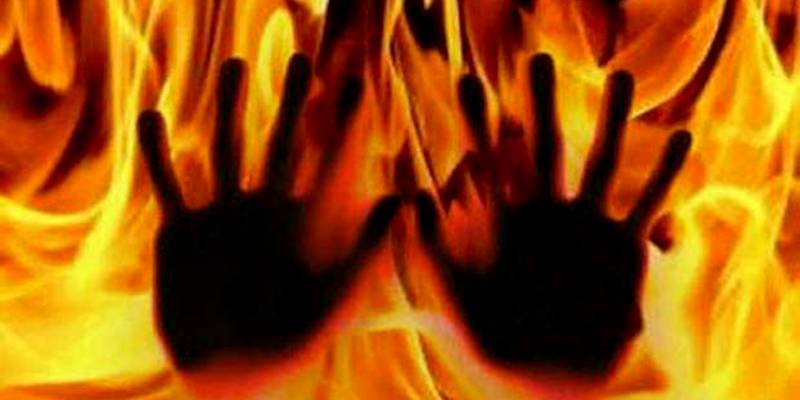 TANK - A man has allegedly burnt his wife alive in a village of Tank district, Khyber Pakhtunkhwa, after she refused to grant him permission for a second marriage.

The police have arrested the suspect.

The issue came under the spotlight after 20 days when she died at the Christian hospital on Tuesday from the effect of burn injuries and police registered a case against the suspect on complaint of victim’s father.

According to local media, Mohammad Khan, told the police that his daughter was 17 years old when she had been forced to marry Faiz Mohammad. The two resides in Garah Akoro Khan Village of Tank.

He added that differences developed between them when Faiz sought permission from the victim for a second marriage.

Following the dispute, the accused poured petrol on his wife and set her ablaze, the complainant claimed, adding that later Faiz tried to mislead them by showing that his wife had set herself on fire.

He urged the authorities to start a high-level probe into the killing of his daughter and bring the accused to justice.

He lamented that police did not file the complaint when the girl was under treatment at the hospital.