'The meaning of my life is now only religion', says Rabi Pirzada

Pirzada broke down into tears multiple times during the video 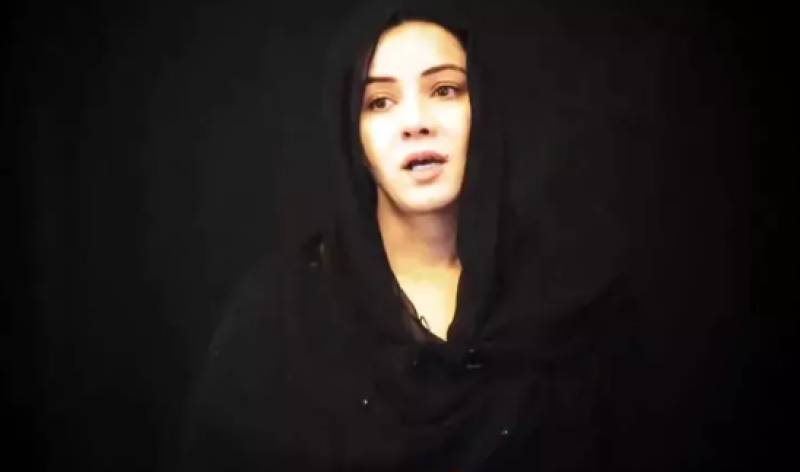 LAHORE - Pakistani singer Rabi Pirzada on Thursday (yesterday) released a video statement after private video leak to reaffirm her commitment to quit the entertainment industry in order to focus on fulfilling her religious obligations.

In the video statement, the first since an explicit video of her went viral on the internet a few weeks ago, Pirzada appeared clad in a solemn black dress and headscarf, and apologised to her fans.

Pirzada quoted religious texts extensively in her message, and informed those watching the video, released privately to the media across the nation, that she had found her true calling.

“My mistakes are between myself and my Creator, the One who knows what is in the hearts of the people. He is the All-Forgiving and the Most Merciful,” she stressed.

Pirzada revealed that when her video was leaked, a lot of people started approaching her for films, television commercials, concerts and other private events, apparently in reaction to the negative content.

“A lot of women also offered to support and protect me, assuring me that no one would be able to raise a finger against me. These included those affiliated with #MeToo and #MeraJismMeriMarzi,” she elaborated.

It was hard to get a message from Rabi after this incidence, she is totally shattered.
She requests to pray for her 🙏🏻 May Allah save us all from evil. Ameen
Complete message https://t.co/mcUds8zieC pic.twitter.com/afoqp6IYzv

Let's have a look at some of the reactions to Rabi's latest video:

nothing that is morally wrong can be politically right.
so many people doing same thing with Rabi.
Allah Bless her.

Pirzada detailed how people had ridiculed her after her video was leaked, accusing her of seeking cheap popularity and making lewd comments, “Some said it was a punishment for speaking against Modi or PM Imran.”

“But I realise that even after I run away from the world, I cannot run away from my Lord,” she maintained. That is when I realised that whenever a woman is dragged into the public debate, so many things go wrong, she said.

LAHORE - After wearing a suicide jacket and posting a photograph of herself on Twitter, actress and host Rabi Pirzada ...

“Harsh comments made by some of you may discourage many people from following the right path,” she remarked. She added that those who were sharing the leaked material would be apprehended.

Pirzada shared she had also met people who had selflessly helped her, and they were like angels sent to help her. “I think I have been given a new life, and the meaning of my life is now only religion,” she asserted.