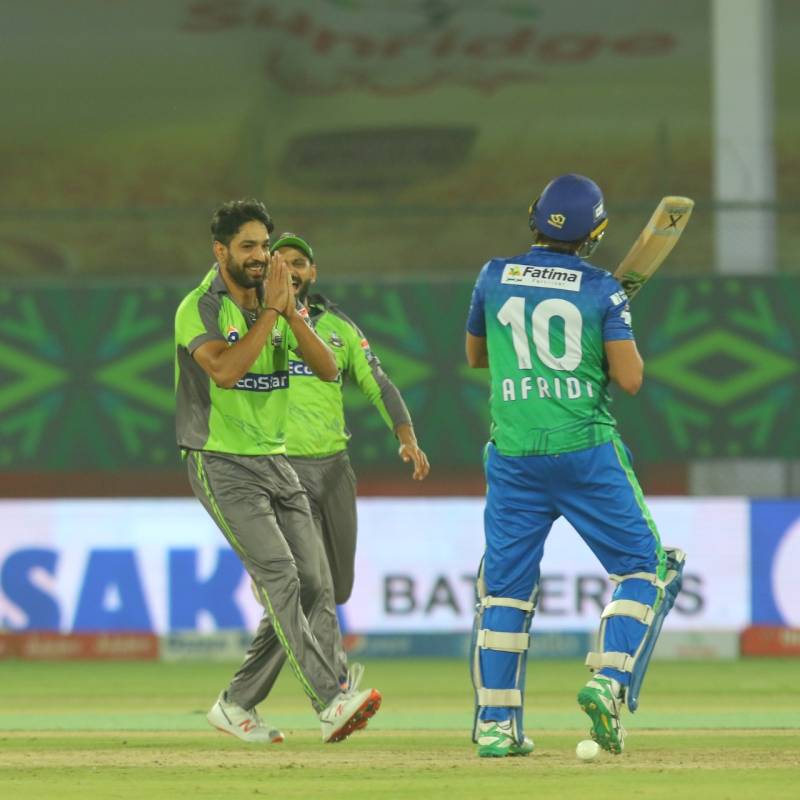 KARACHI – Lahore Qalandars has secured the place in their first final of Pakistan Super League after beating Multan Sultans by 25 runs in the Eliminator 2 on Sunday.

Multan Sultans were off to flying start in chase of 183-run target, set by Lahore Qalandars at National Stadium in Karachi but were all out for 157..

Earlier, Sultans won the toss and elected to field against Qalandars in the Eliminator 2 of the Pakistan Super League 2020. The match started at 8:00 pm.

Qalandars will face Karachi in the Final, scheduled to be played on Tuesday.

KARACHI – Lahore Qalandars on Saturday defeated Peshawar Zalmi by five wickets in the 32nd match of the Pakistan ...

The best innings of Mohammad Hafeez’s PSL career was contributory in a run chase that at one point was on the edge of a collapse with Lahore 33-3.