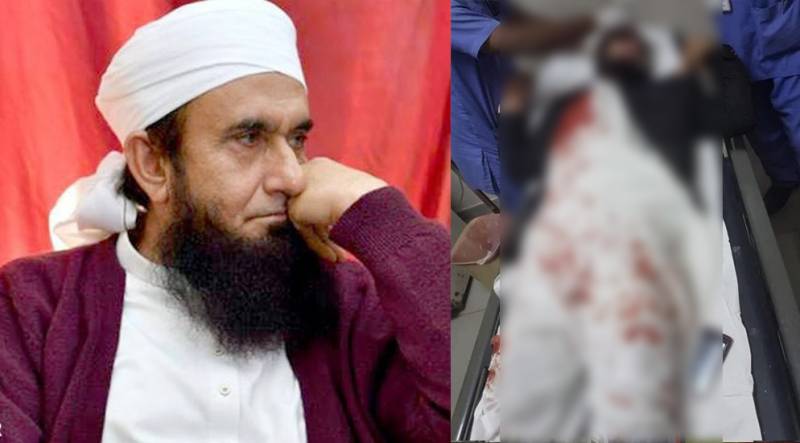 LAHORE – Famous Islamic scholar Maulana Tariq Jamil has recently been in news about an alleged road accident as it was reported that his car met with an accident and he suffered injuries.

As the pictures of a man, drenched in blood, are circulating on social media, an explanation has been released from Maulana Tariq Jameel’s official Facebook account.

A statement posted on his verified account on Sunday said that Maulana is in good health and his rumors about the road accident are baseless and false.

In a photo widely shared a post on social media, a man who is said to be a lookalike of Maulana Tariq Jameel can be seen lying on a stretcher while his clothes are all covered in blood.

The viral picture is said to be two years old and belonged to another man who shared an uncanny resemblance to the Tablighi Jamaat scholar.

LAHORE – The doppelganger of Maulana Tariq Jamil has shocked everyone as he can be seen meeting with the renowned ...

Many confused the recent news with last year's event when the noted religious scholar sustained an injury after he fainted due to low blood pressure at his residence. He got a minor injury but he bled profusely due to which his condition deteriorated.