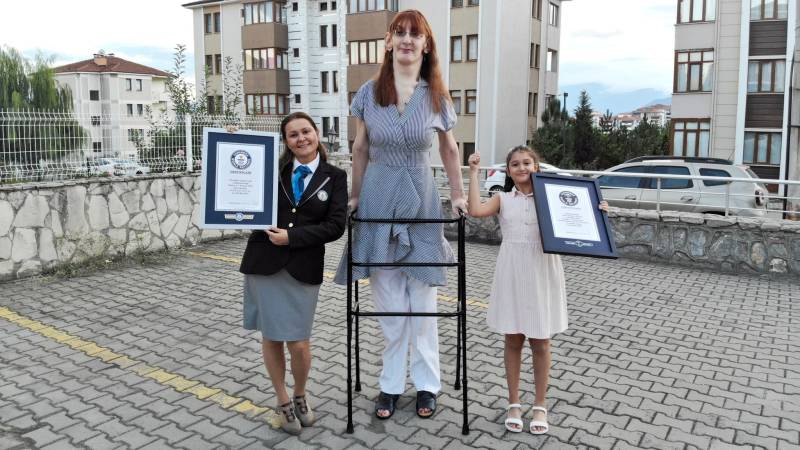 Turkish woman Rumeysa Gelgi has becomes the tallest living woman in the world with a height of 215.16cm (7ft 0.7in).

Gelgi's condition is caused by a very rare disease namely Weaver Syndrome, which accelerates growth. The condition also causes other abnormalities like skeletal maturation. The disorder is a rare genetic mutation.

While Rumeysa mostly uses a wheelchair, she can also walk for short periods of time using a walker. In a video released by Guinness World Records, Rumeysa gets candid about her struggle and says,

"I was born with some serious physical diseases, such as scoliosis. And also I am a physically disabled person, who is mostly wheelchair-bound and I can ask only with my walker."

Guinness World Records shared the post by quoting her in the caption, "Being different is not that bad. It can make you achieve things you never imagined before.

The video has recorded more than massive views and likes on the social media platform. Netizens have hailed Ms Gelgi for her incredible journey.

ISLAMABAD – Jasim Mehsud, an 8-year-old gymnast from northwest Pakistan, has broken the Guinness World Record of ...