Mani unveils the secret to happily married life with Hira 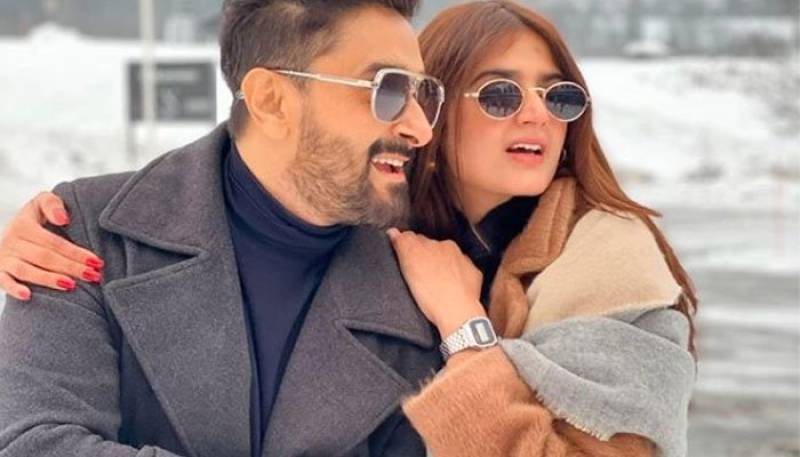 Lollywood diva Hira Mani and her husband Salman Saqib Sheikh aka Mani are the perfect couple whose whirlwind romance hasn't dimmed despite being together for more than a decade.

The celebrity couple has never minced their admiration for each other on public platforms and now it seems that the golden secret to happily married life has been unveiled by Mani himself.

Turning to his Instagram handle, the Yaqeen Ka Safar actor hilariously pulls his wife's leg as he confesses that they comprise by admitting Mani's faults.

"My wife and I alwAys [sic] compromise. I admit I am wrong. And she agrees with me," he quipped alongside the caption.

Reciprocating the love, the DoBol star expressed her amusement and dropped a comment, "Hahahha babe," with a heart-eyed emoticon.

Hira Mani and her husband are one of the most-liked celebrity couples in Pakistan. Every now and then the couple drops glimpses of their private life, leaving their fan base gushing.

The celebrities of K-Town never miss a chance to enjoy the rain and the gorgeous Hira Mani is no exception either who ...